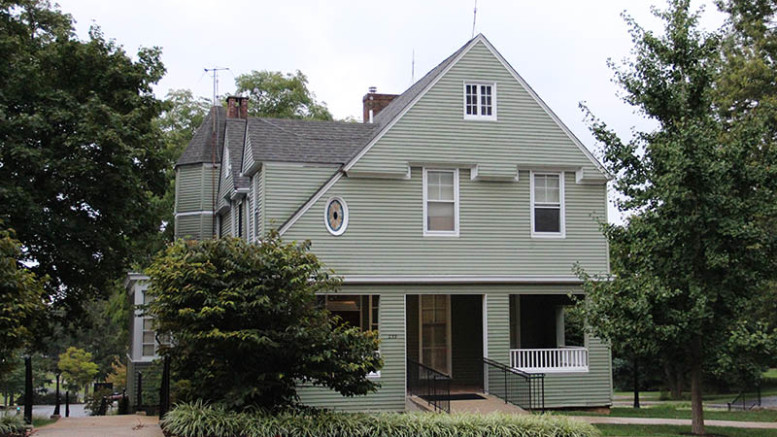 One of the most frequently shared pieces of news about this school year is the record-breaking number of new students in the class of 2023. Of course, while housing options have shifted for these incoming first years, there have also been changes in upperclassmen housing that are somewhat less well-known.

According to information from Associate Dean of Students Michael Robbins, in order to fit the increased number of students, the college has changed the use of some buildings and converted them into undergraduate housing.

Five houses on Pennsylvania Avenue are now also used for undergraduate housing – 144, 154, 171, 173, and 175. House 144 currently only includes one apartment of McDaniel students, as standing leases with the previous owner are being honored for their duration, but it is likely that all four apartments will be used by McDaniel next academic year.

Houses 154 and 175 were previously used as housing for graduate assistants. House 171 was previously used as an office for the construction team from Whiting Turner that was working on the Gill Gymnasium renovation project, though it had been student housing before. The final house on Pennsylvania Avenue is 173, which was rented out to faculty and staff before being converted to student housing. These houses are being overseen by Kate Charles, the area coordinator for independent housing.

There are three other houses located elsewhere that have recently become undergraduate housing. Harrison House previously housed the department of Marketing and Communication, which has now relocated to the second floor of the Winslow Center.

McDaniel House, which was previously used as student housing before some damage prevented this, has been repaired and used for undergraduate students as early as this previous summer for research assistants.

The final newly used house is 257 West Main St., which is located near the tennis courts. This house is divided into two completely separate and unconnected halves – the top remains a rental space for faculty and staff, while the bottom has been opened for student use. These houses are being overseen by one of the new area coordinators, Marcnoly Anozil.

While some rooms were originally reserved in the local Best Western hotel in anticipation of the large incoming class, the addition of these houses meant that the College had access to enough rooms on campus to house all the students who had signed up for a room through the Office of Residence Life.

The reservations were cancelled, and no students were placed in the hotel by the College.

These houses are being used for returning students and some transfer students, as opposed to first year students. Some students living in McDaniel Hall were given the opportunity to move into these buildings as part of Residence Life’s process of consolidating first year students into this hall, in addition to the three previously used first year residence halls.

Getting to know Rosa Rivera-Hainaj