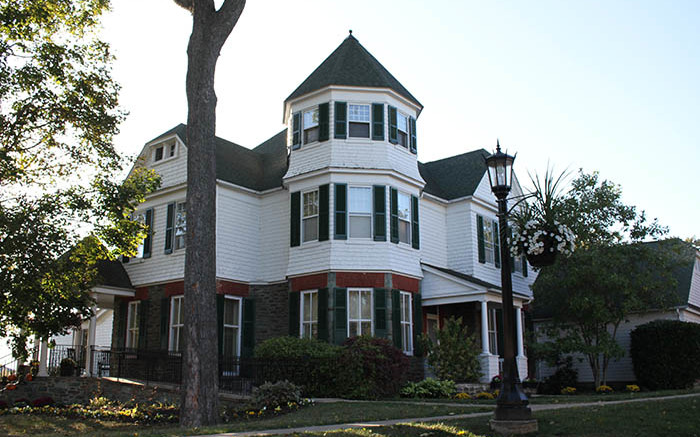 President Roger Casey will go down in history as a president of McDaniel College who didn’t really know anything about the students, faculty, or staff of the college he represents.

The president is apparently unaware of student concerns regarding the expansion of this institution and the enormous freshman class of Fall 2019. Casey has recently stated that he looks forward to an incoming class next year that is just as big or even larger than the one received this past fall. This strikes some students, including myself, as somewhat ludicrous on many counts.

Firstly, the common areas of many freshman dorms have been turned into quads and many new buildings along Pennsylvania Avenue and Union Street were purchased this past summer. One student, who will remain unnamed, was genuinely shocked at the thought of adding an even larger freshman class to the College’s campus.

“It’s so overcrowded that people won’t want to live here anymore,” she said. “They’ll leave and go to another university with better living conditions and more recreational space.”

Another student voiced a similar concern saying that she was “particularly concerned with the large freshman classes in the future because the living conditions will be inadequate for new students. [She] believe[s] that students who are investing money in McDaniel College do not deserve to live with three or four students in one dorm room. [She] think[s] it takes away from the quality of the McDaniel experience.”

The point is that President Casey thinks that the renovations to Decker College Center will fix everything, but they won’t. Yes, students will be able to gather in a larger common area, but not all students use or care about this kind of space and would rather live in a less crowded dormitory.

The president has even mentioned plans to buy more houses in Westminster to accommodate next year’s expected large class, which is just ridiculous because it raises concerns of safety and decreases the sense of community up on the Hill. We can’t just buy out half of the town and exile the upperclassmen there. The office of Campus Safety can only handle so much, and many students have already voiced their concerns in regard to Campus Safety’s efficiency and expeditiousness in certain situations.

Secondly, President Casey does not actively socialize with a diverse range of the College’s population. Unless you’re an accomplished athlete or have won a prestigious scholarship, he probably won’t take the time to have a conversation with you. President Casey can be observed walking straight to his office without stopping to ask how your semester is going or simply say hello. We all know who you are President Casey; the least we can expect from you is a “good morning.”

Students aren’t the only people being ignored, either. Many faculty and staff members feel unimportant to the president, even though these people make the College run. The freshman class of Fall 2019 has already stretched faculty, staff, and other resources very thin. Bringing in another, even larger, first-year class would inhibit their abilities even further and only add to their increasing frustration.

Thirdly, McDaniel seems to be turning into something that it’s not under President Casey’s leadership. I personally came to McDaniel because of the small class size and individualized attention from professors. Thus far, I have always been content, and sometimes positively overwhelmed, with the amount of support that I have received from faculty and staff members.

Another student told me that she came to McDaniel because of a hand-written note on her application essay. She was amazed at the personal touch and had heard about the benefits of a small college environment. She, too, is worried that McDaniel is drifting away from the small, liberal arts college that attracts students in the first place.

But now a parting question. Since King Casey is never actually in his castle, can we turn it into student dorms, too? I wonder how many freshmen we can cram into there.

Mindfulness in an age of technology