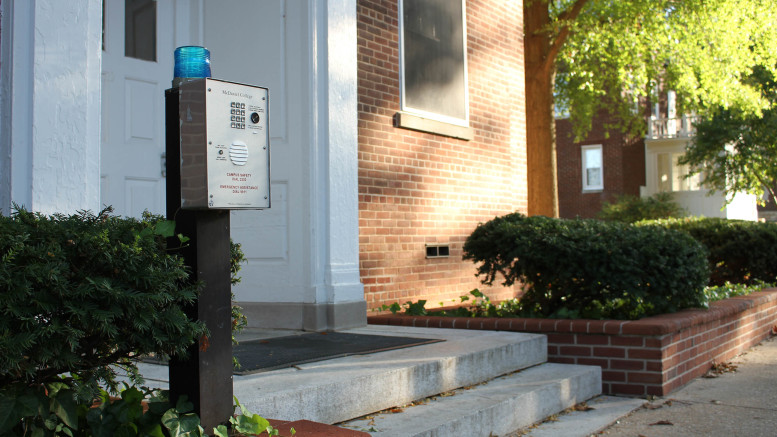 On Sept. 30, Director of Campus Safety Eric Immler sent a copy of the Annual Fire Safety and Security Report to the campus community. This report details the past three years of crime and fire statistics, as well as current Campus Safety policies, procedures, and programming information.

“We join President Casey in the commitment to foster a secure and supportive environment at McDaniel. Campus safety and security is a collaborative effort at McDaniel,” said Immler in the introduction to the report. “While the Department of Campus Safety is an effective leader in keeping us safe, each member of the campus community must do their part.”

Immler believes educating the community on available resources is key to fostering a safer community. The report detailed educational and social programming on sexual and gender violence prevention facilitated at the College this past year, as well as crime prevention and safety awareness programs on campus.

The report also described the role of the Student Outreach Network, a behavioral intervention team. This group meets weekly to “share and discuss students who are demonstrating various signs of ‘at-risk’ behavior. As each student is discussed, members of the group provide up-to-date knowledge that includes, but not limited to, academic performance, out-of-classroom involvement, disciplinary issues, and information gathered from faculty, coaches, family and friends.”

The goal of the group’s discussion is to develop an appropriate plan of action for direct and indirect intervention with the student.

The report listed plans for future improvements in fire safety. The renovations to Decker College Center “will include an upgrade to the life safety system, specifically the fire panel, horn/strobes, and communication with Campus Safety’s 24-hour monitoring system.” There is also a current project under way to review and update all posted emergency evacuation maps throughout campus.

Cameras have also recently been placed around campus. The report explains that these cameras will typically record areas where financial transactions take place and areas around first-year dorms where crime is more prevalent.

In regards to sharing the crime statistics, Immler believes it’s necessary for the community to know.

“It’s a transparent thing,” said Immler. “Even if it was not mandated, it is an appropriate thing to do.”