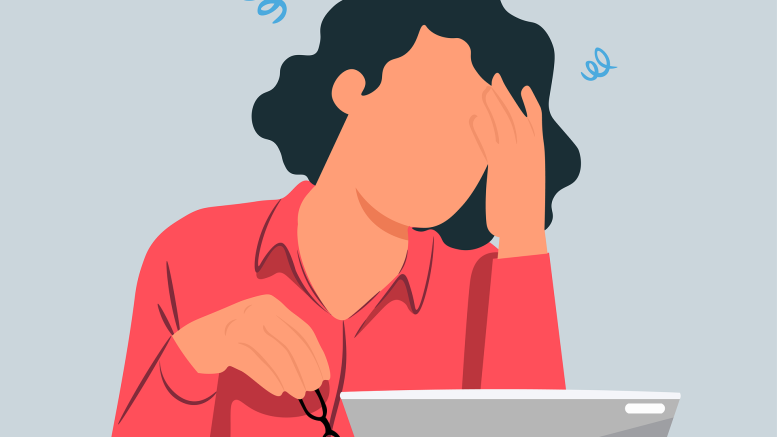 The first semester of the 2020-2021 school year was split up into two seven-week sessions. Students still had to take final exams at the end of their classes. However, this year students faced new obstacles in finding success leading to a unique experience for everyone.

The fast pace of the session caused stress amongst some students, especially when final exams approached. However, some students found finals easier than a typical semester.

“The timing for exams was easier. With fewer classes you don’t have to worry about time conflicts or preparing when you’ll study for each exam,” junior Alex Hartwick said.

Professors understood the change to hybrid or online learning would come with difficulties. So, some adapted their final exams to best help students during this new way of learning.

“My professors tried their best to change the format of my final exams to adjust to online learning,” sophomore Kaeana Aguon said.

While many classes were held online, hybrid classes sometimes met in-person. Any time students or professors met in a classroom, facial masks had to be worn. The prospect of wearing masks during final exams increased stress in some students.

Freshman Jahdel Darego was able to take all of his finals online.

“I was glad my exams were all online, I would not have wanted to take an exam in a classroom with a mask on,” Darego said.

Finals being taken online allowed for a change in scenery from the traditional classroom.

“The easiest part was being able to take my final exams in the comfort of my dorm instead of having to physically go into class,” Aguon said.

Although many students found ways to work with the new format of their classes, there were still parts of their session that were hard to adjust to.

“It was fast-paced and felt bizarre to be ending a course in October,” Hartwick said.

Aguon agreed that one of the hardest parts of the session was the speedy pace of learning.

“The pace of class leading to the final exam was excessively fast. Having to teach and learn fourteen weeks worth of material into seven weeks was overwhelming. [It was] a lot of weight on my shoulders,” Aguon said.

Freshman Sergio Martin had a similar experience. He felt class time was cut too short.

“The hardest part was taking in as much information as I can in seven weeks and be tested on it. It was fun, but I wish we spent more time on them,” Martin said.

This year brought many uncertainties for everyone. Darego was unsure about if grading would be stricter with online learning.

“I did well on all of my exams, so they were okay. Before the exam I was nervous professors may grade strictly because of the online format,” Darego said.

Seniors found their capstone projects as an additional layer of stress on top of their class load.

“As a senior, I’d say the hardest part was that one of my projects was my capstone. I felt like I was under a lot more pressure than I was expecting because the turnaround time on the project was so quick,” senior Jessica Thomas said.

Despite this year’s unique circumstances, students developed ways to make it through their session.

Aguon reflected on her experience and said “I look back at it and don’t know how I managed it all. It was an interesting experience to say the least!”

So you’ve signed up for sorority recruitment. Here’s what to expect: