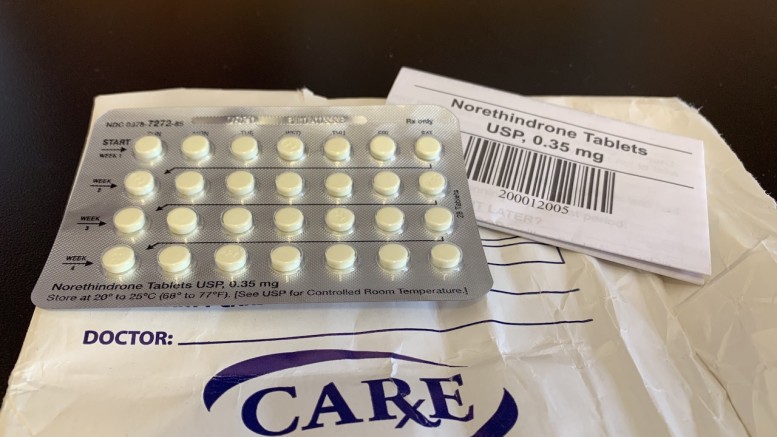 Most women who seek birth control, whether as a response to heavy and painful periods or as a contraceptive to have safer and more enjoyable sex, are familiar with the standard pack of oral contraceptives – three weeks of medicated pills followed by a week of placebo pills to simulate the body’s natural cycle.

However, the shocking reality is that women have been incorrectly instructed to take the pill for over 60 years. The popular belief is that a regular 28-day pack of oral contraceptives contains seven placebo pills to give the body a chance to reset and menstruate. Yet there is no medical or scientific backing for the placebo pills.

In fact, taking a week’s worth of sugar pills decreases the medicine’s effectiveness and can increase the likelihood of unwanted pregnancy, as a fall in hormone levels can stimulate ovulation. What has previously been deemed as menstruation during the sugar pill week is actually withdrawal bleeding as the body is shocked without the drug it has come to rely on.

And we have a man to thank for all this. In the 1950s, gynecologist John Rock joined the team of scientists working on developing the first oral contraceptive. They chose him to help advertise the drug and convince people it was safe because he was handsome, well-liked, respected, and Catholic.

At this time, the Catholic church was largely opposed to the idea of contraceptives. Rock knew that gaining the Pope’s approval was crucial in order to go forward with selling the drug to the public. So he decided to make it seem more natural by mimicking a woman’s monthly cycle. When pitching the idea to the church, he explained that women would take the medicine for 21 days, stop for a few days to have their periods, then start with the hormones again.

For decades, women have been bleeding and suffering unnecessarily just to please one man in Rome. We have compromised our mental and physical health and decreased the medicine’s effectiveness just to appear “natural.” To add insult to injury, the Pope didn’t even approve the pill! Yet this practice was still adopted.

Last month, the British National Health Service issued new guidelines for oral contraceptives, stating that the week-long break was not necessary. And sure, women can change the way they take the pill to start skipping the placebo week, now that they know it is not medically-backed.

But the history of the pill is a lot darker than most of us realize, which makes supporting this form of contraceptive even more problematic. When first testing the effectiveness of orally-consumed hormones to prevent unwanted pregnancies, Rock and his team engaged in a variety of ethically concerning practices. They downplayed the small number of participants in their studies and used the number of periods that participants experienced as a measurement of success to make their research appear more legitimate. They experimented in insane asylums when first determining the safety of this contraceptive and exploited lower-class women of color for their research. And they emphasized how “natural” the pill was, in order to encourage more doctors to feel comfortable prescribing it, even if they didn’t fully understand how it worked.

So I encourage you to consider other forms of birth control.

For instance, the IUD, an intrauterine device, was approved by the FDA in 1968. While it is easy to forget to take the pill (made even more dangerous with the placebo week), the IUD is a more stable and long-acting form of contraceptive, since one insertion is effective for up to 12 years, depending on the brand.

The copper IUD can make periods more painful and heavy, but hormonal forms of the IUD can decrease the effects of PMS and even eliminate a woman’s period altogether. And since we do not, in fact, need a period to be healthy, why would we want to bleed at all?

Of course, as with all medical devices, the IUD can bring about side effects, but women have reported significantly fewer concerns than with the pill. This comes as no surprise since the pill contains a higher dose of hormones with the expectation that it will pass through your body each day, while hormonal IUDs slowly release small amounts over the years.

Millions of women have turned to this form of birth control in recent years. According to the Guttmacher Institute, the popularity of IUDs is steadily increasing: “In 2014, about 14% of women using a contraceptive relied on a long-acting reversible contraceptive method, or LARC (12% used the IUD and 3% used the implant). This follows a trend in increasing proportions of women using LARCs, from 2% in 2002 to 6% in 2007 and 9% in 2009.”

So next time you meet with your gynecologist, make sure to ask about your contraceptive options. Don’t be afraid to ask follow-up questions. You deserve to have control over your body – not some man from the 1900s!