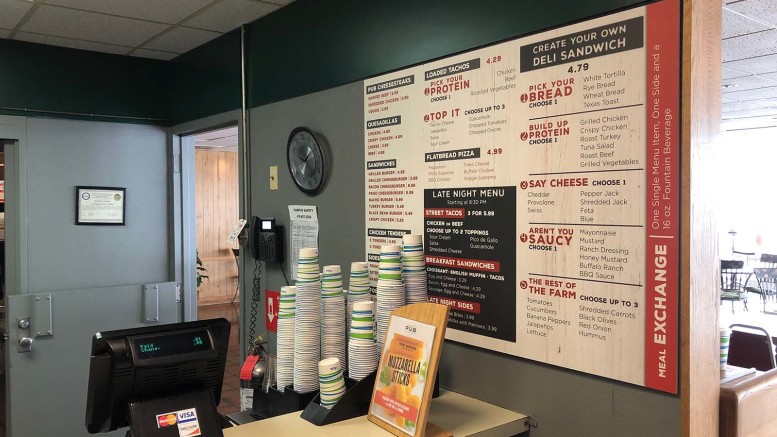 AVI Fresh has descended on McDaniel as the new culinary services provider.

The company, part of AVI Foodsystems, Inc., was introduced to the undergraduate student body in a Jan. 27 email, the day of spring semester move in.

“We are excited to kick off the spring semester by introducing our dynamic and fresh new dining program through McDaniel Culinary Services,” the email read.

“We believe customer engagement is very important to a successful program,” said Kevin Laster, resident director from AVI at McDaniel.

“On-going changes to the program should be driven by student’s needs,” said Laster. “In order for us to be successful, we need positive and constructive feedback from our guests. We provided many avenues for them to accomplish this.”

Green & Go now offers a selection of Fresh to Go sandwiches and salads, like Caseys’ Corner, and features a new partnership with Hershey’s ice cream with a new shake machine.

Though feedback has been generally positive among campus conversations, some concerned parents have taken to the McDaniel-monitored Facebook groups to voice some concerns.

“We are having an issue with the new food supplier,” reads a Feb. 6 post from Angela Cimino. “They no longer have carb counts available for the food, which is problematic for students with diabetes. Diabetics need to count carbs in order to know how much insulin to give for the food they eat.”

A few other parents voiced similar concerns over a lack of ingredients lists available to students.

“Having a similar issue with my daughter who gets food triggered migraines,” wrote Lois Person. “They don’t post the ingredients.”

Laster also contributed to the post, shedding some light on the situation.

“Nutritional information is vital and we’re working quickly to get this information communicated to our guests for them to make educated decisions,” he wrote. “Whenever a transition occurs to a new provider, there is often a short window before all of our systems are fully integrated and we thank you for your patience as we work out these details.”