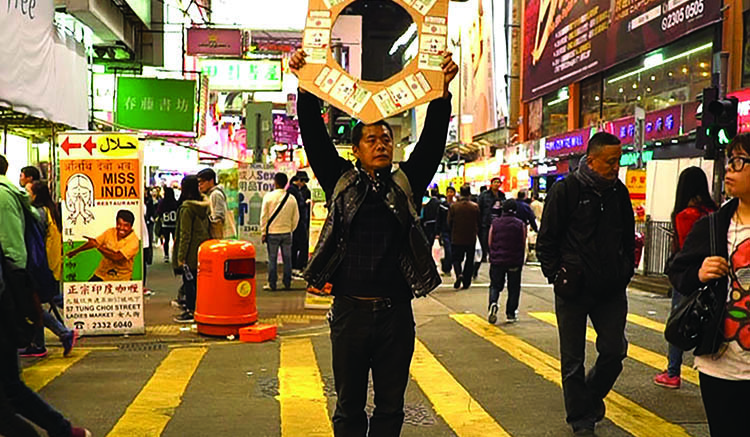 On Sept. 23, the Global Fellows program hosted a screening of the World Wise Documentary Film, “Complicit.”

The documentary follows a man named Yi Yeting, an activist working with the nonprofit Labor Action China to challenge the irresponsible use of chemicals in the Chinese electronics industry. Yeting, who suffers from occupational leukemia himself, discovers other young-adult workers who developed occupational illnesses caused by the chemicals benzene and n-Hexane, just as he did when he was only 24 years old.

Yeting and the other individuals featured in the film developed these diseases as a result of unsafe working conditions in China’s manufacturing industry. While Yeting received compensation for his medical care, others were not so lucky. Labor Action China works with these victims who struggle under the weight of health care costs in order to bring them justice and to fight corporate greed. While struggling to make the general public aware of this life-threatening issue, Labor Action China and other NGOs face government censure. Many activists have been arrested and one man has disappeared as a result of his public protests.

China produces an enormous portion of the world’s electronics, many of which are exported to the United States. The corporation that the film focuses on most is Foxconn, Apple’s main supplier. Throughout the film, representatives of Foxconn deny that workers were ever exposed to these dangerous chemicals. Meanwhile, several workers claim that they were not informed of the risks of working around these chemicals or even of what an occupational illness was before hospitalization.

However, even if these workers were aware of the health risks that they could potentially face, many would be forced to work anyway to support their families. Yeting, Labor Action China, and many other organizations across the world work to raise awareness of the industry-wide issue of harmful chemicals in electronics manufacturing; this documentary film serves the same purpose.

“The main thing is that [the film] raises awareness about an issue that seems insurmountable,” commented Global Fellow Ariana Schneider. “It reminds us that it is important to look beneath the surface of an issue. We have to look past the technological advances and the brand new iPhone that everyone wants. There are human lives at stake.”

The film has garnered global attention and has been featured at several Human Rights Film festivals world-wide.

The Global Fellows program will also host a Global Issues Colloquium titled “The World in Your Hand: Africa, China, Mobile Devices and You” on Oct. 1 at 6:30 p.m. in McDaniel Lounge. The colloquium is designed to connect to the “Complicit” film but all are encouraged to attend.