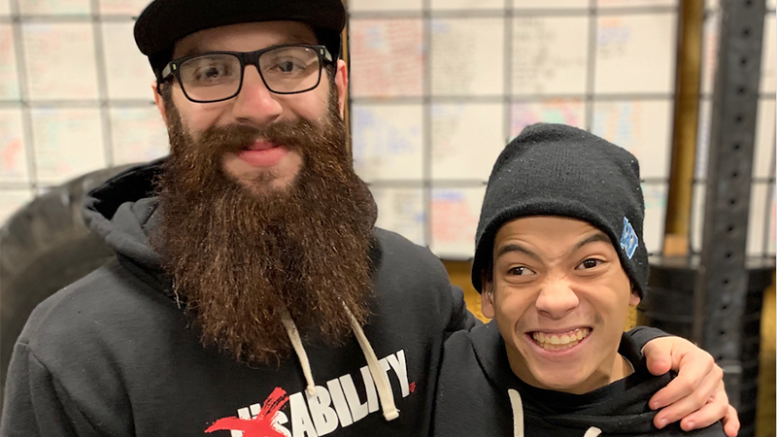 Carroll County’s Miles Taylor exploded in popularity as a star in the world of sports earlier this month after a video was posted on Instagram of the lifter lifting two times his body weight with a 200-pound deadlift, despite only weighing 99 pounds.

An incredible feat in itself, Taylor does it all while defeating cerebral palsy. However, the most important lift Taylor makes is by lifting others up and encouraging the world that no one is limited by a disability.

“We all have some sort of disability whether it be mental or physical,” Taylor said. “But we all have the abilities to overcome it and inspiring people to go out and do the best they can with a full heart is what it is all about.”

Since the video of Taylor launched online, it has collected 593,116 views on Taylor’s personal account,  @smiles_taylor, and has been republished by ESPN, raking in 1,209,669 views. In addition, Taylor received shout outs from NFL star J.J. Watt, legendary bodybuilder Arnold Schwarzenegger, and many more.

“I have a new hero, you inspire me,” Schwarzenegger commented after re-posting Taylor’s video.

The journey to sports stardom and inspiring millions began locally in Westminster.

Taylor has been interested in athletics all his life. Connecting with sports in school was the segue into lifting and the development of a close friendship Taylor has with his current trainer Nicolai Myers.

“We have been friends for so many years now, we went to middle school and high school together,” Taylor said. “He knew I was a very competitive person and I love sports so he passed me a medicine ball and I picked it up and the rest is history.”

Myers would go on to serve in the U.S. Army, but since then the duo has reconnected and currently train at NEVERsate Athletics in between Eldersburg and Westminster.

The sport of powerlifting or strongman competition may be an individual performance but is most definitely a team sport. This rings true at NEVER Athletics.

“[NEVERsate] is an atmosphere you will not find in any other gym,” Myers said. “It is probably one of the most supportive atmospheres in any gym you will ever find.”

With around 30 members, NEVERsate is built on a tight-knit community that is focused on everyone becoming better.

“The one thing we always say is ‘become comfortable with the uncomfortable,’” Taylor said. “Having people to encourage you and tell you straight up when you are doing something wrong is something I take to heart.”

With the foundation set, a 200-pound deadlift achieved, and millions inspired across the world, local support has been just as active as anywhere else in the world.

One of the largest areas of support comes from Westminster High School, which Taylor and Myers both attended. While attending the school, Taylor acted as the football team manager and one of their biggest athletics supporters.

“Miles is a very dedicated person. He always supported the team during games, even after graduation he showed up to the games and helped players on the sidelines,” sophomore and fellow Westminster High School alum Garrett Vandervalk said. “I am so happy for him. He deserves all of the attention he is getting and it is an honor to have been on the same team as him.”

“I supported them for so many years and now they are supporting me,” Taylor said. “It is just amazing to represent my town and show the world what this area means to me.”

Along the journey from a medicine ball to a 200-pound deadlift, failure is inevitable. However, Myers and Taylor recognize that to get better one has to enjoy any bumps that come along the way and laugh it off.

“If you can’t laugh, especially at yourself, life is going to be hard,” Myers said.

Now showing the world feats of athleticism and strength, the weight being moved is second in strength to that of the friendship that Taylor and Myers have formed since their shared time in school.

“I will push him or bump him and [Taylor] will turn around and hit me as hard as he can,” Myers said. “We are always joking around.”

The relationship between the two has outreached a simple friendship.

“[Myers] is like a big brother to me,” Taylor said.

Taylor has been invited to speak at the College in March.