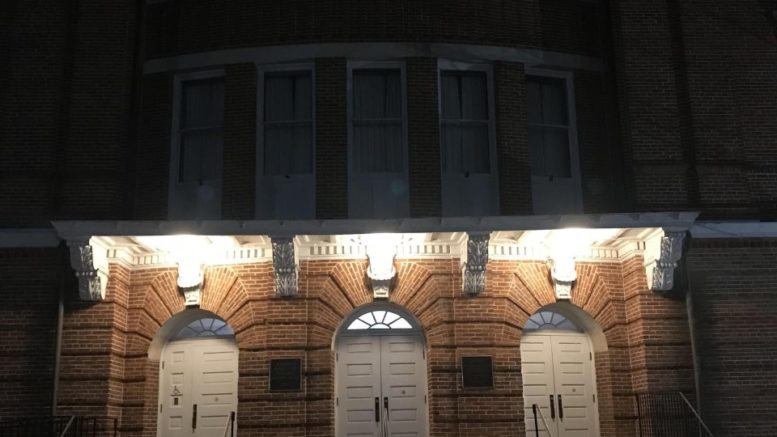 BOO! Did I getcha? (Photo Courtesy of Eamonn Fay)

McDaniel College’s recent performance of Sherlock! The Musical, while generally well received by audiences, has evidently left the ghosts that haunt Alumni Hall saying “boo.” Following a production troubled by unexplained sabotage, equipment failing inexplicably, and props floating on their own, a paranormal investigator was sent into the theater to interview the disgruntled deceased and find out what all the ruckus was about.

Jonathan McGuiness, who is celebrating his 100th year of haunting the theater this week, was displeased with the writing and casting choices.

The ghosts of Alumni Hall have apparently had complaints regarding casting for a long time now. Anne Holt, who died of boredom during a 1979 production of MacBeth, thinks that there should be more consideration regarding the casting process for all productions.

“Every year they do that stupid ghost tour thing and they never even ask us about it,” she said.

“They just keep making stuff up and we’re just like, ‘dude, we’re right here’, you know? Let us slam some doors or something.”

The McDaniel College Theatre department has been in contact with the ghosts via spiritual mediums who are hoping to collect feedback and reach mutually beneficial agreements involving future productions.