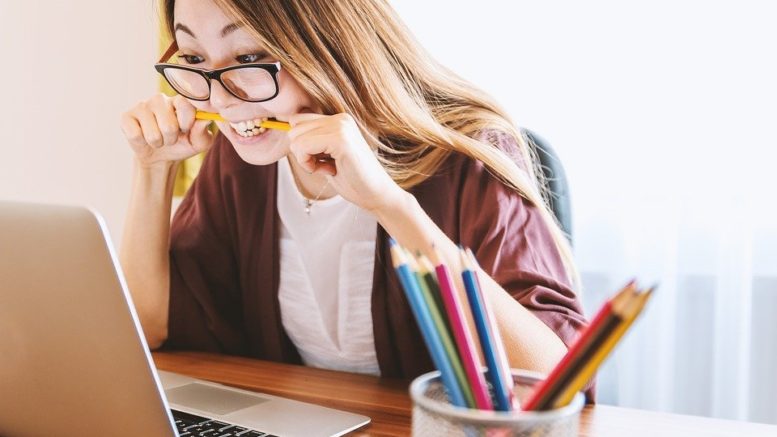 Everyone knows that McDaniel is the perfect place to double or even triple major in whatever your heart desires. You want to master American Sign Language and Physics? Go for it! You want to learn Philosophy and History at the same time? Totally not gouache! Want to major in Political Science and Environmental Science? Good luck finding a job, loser!

But a new wave is hitting McDaniel under the title McDaniel Speedrunners. The old group of gamers has discovered a way to take every single major at the college–– and still graduate in under four years.

The president, junior Howard Stern, has stated it’s not as hard as it seems.

“Oh yeah, you just need to be white,” Stern stated. “And have a really good pouty face.” Stern then proceeded to make his eyes really big and curl his lower lip down. God, he looked so cute.

Stern and his executive board all stated that because of their innate privilege, they can charismatically convince every advisor on campus that they are actively working on every major by completing every McDaniel plan requirement 10 times over.

One member, the original founder of the club, 42-year-old and super-duper senior Conner Hanes, has stated that, “I’ve been trying to do a 100% complete run, by getting 100% in all of my classes by the end of my fourth year. I’m actually on my fifth tenure at McDaniel, because I keep forgetting that MyCareer and My Design are actually worth anything!”

After a quick lock-pick and sneak into the financial aid office, it was discovered that Hanes is over $1,200,000 in debt to McDaniel in loans since 2002.

Other students have taken on the challenge of completing every major at the school, to which the campus rewards them by just treating them like every other student. How humbling!

For more on McDaniel Speedrunners, stay tuned to the McDaniel Free Press.