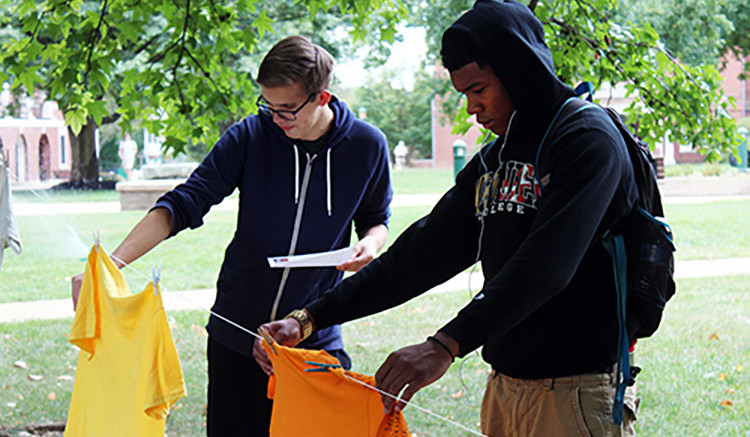 Students this semester may have noticed an additional statement at the end of their syllabi, regarding the reporting of sexual assaults, gender discrimination and other Title IX related issues. This statement, a result of the larger federal mandate from the Department of Education regarding sexual assault on college campuses, was reportedly distributed by Human Resources before classes began.

While much of the statement is repetition of already publicized information and outlines how to report such issues to the proper people, such as Campus Safety or the Title IX coordinator, one line in particular has some on campus worried.

The line in question states as follows: “Faculty members are not considered confidential resources and therefore incidents shared with them must be reported to the Title IX coordinator.”

This line, to many, seems to be solving an indeed serious problem in a completely unhelpful manner. Some have argued that such a statement stigmatizes the reporting of such incidents, and not only makes people less likely to open up, but makes many feel that they are unable to act as positive resources for said students.

“What’s happened, is that because of the policy, and the concern about having to report, we’re now in a position where there are campus groups, and my syllabus is an example, essentially advising students against certain conversations,” said Dr. Kate Dobson.

Dobson, an English Professor, teaches memoir writing, a class that has always lived by the rule that what is discussed in student’s memoirs is deemed private and cannot be shared outside of class.

“It principally comes up with me because student’s share personal writing with me,” said Dobson, “think about the quandary, think about how problematic that is if someone wants to write about an experience, shouldn’t that person be able to write about the experience without being put forcibly into a reporting process?”

However, despite the clear edict in the line mentioned above, it notably conflicts with both the federal order upon which it was based and the Title IX policy of the school.

When examining the statements put out by the Department of Education Office of Civil Rights, one finds that it specifically states, “A responsible employee must report incidents of sexual violence to the Title IX coordinator or other appropriate school designee.”

In regard to Title IX, a responsible employee is specifically defined as one who has the authority to take action to redress sexual violence, has been given the duty of reporting sexual violence and other misconduct (for example Resident Advisors) or, more broadly, anyone who a student could perceive to be one of the above two.

However, at McDaniel, Title IX guidelines defines the idea of a reasonable employee, or in the school’s terminology, a reasonable person, in a much more strict manner.

It includes such common individuals as deans, Human Resources and Student Affairs Employees, and divisional Vice Presidents, but also states who is not a reasonable person in the following statement: “Faculty members and other staff members not set forth above are not included in the definition of responsible persons.”

Given that the group above nowhere mentions professors or any other non-administrative teaching faculty on campus, there seems an immediate disconnect between the statements made on syllabi, and those made in the school policy.

When reached out to for comment, Title IX Coordinator and Director of Human Resources Jennifer Glennon stated that the school had taken extra steps in the fight against campus sexual assault.

“We have gone beyond what is required by the Department of Education(DOE)/Office of Civil Rights (OCR) to define all McDaniel employees as responsible for reporting incidents,” she said, “We came to this conclusion as DOE/OCR (Department of Education/Office of Civil Rights) states that institutions are ‘obligated to address incidents of sexual assault that a responsible employee knew or should have known about.'”

In regards to concerns about confidentiality and the stigmatization of talking about sexual assaults, Glennon had this to say: “Faculty members are required to report once a disclosure is made and the College is obligated to investigate. If a student wants to maintain confidentiality, faculty members should direct the student to the Wellness Center.”

Certainly these changes have caused no small level of controversy among some members of the school community, and so it will be seen how these concerns are addressed in the future.