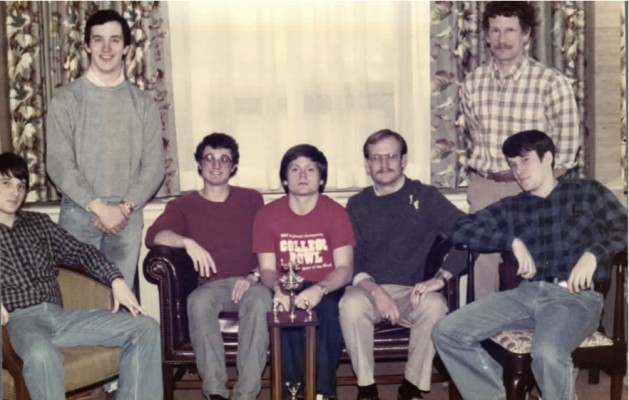 The approaching end of the semester means many things: finals, graduation for some, the hope of some good old lazing around this summer. It also means that the inauguration of President Roger Casey on April 16 is just around the corner. Here are some details about McDaniel’s newest president.

1. What was the president of our college up to when he was in college? “I was the college bowl team captain. It’s like Jeopardy,” he says.

2. Another favorite memory of Casey’s from college? “My own fall football days really stand out because I was a cheerleader.”

3. The five songs on repeat on Casey’s IPod are as varied as the student body’s taste in music. “I love “Lose Yourself” by Eminem, the Black Eyed Peas “Where is the Love?”, Annie Lennox “Missionary Man,” Nirvana’s “Smells Like Teen Spirit” and really anything by Stone Temple Pilots,” shares Casey.

4.  Are you involved in helping first year students on move-in day in that hot August weather? Casey took notice, and he says, “I thought move-in day was fabulous. Having everyone out there and getting the cars unpacked in a matter of minutes… There’s a marvelous sense of spirit.”