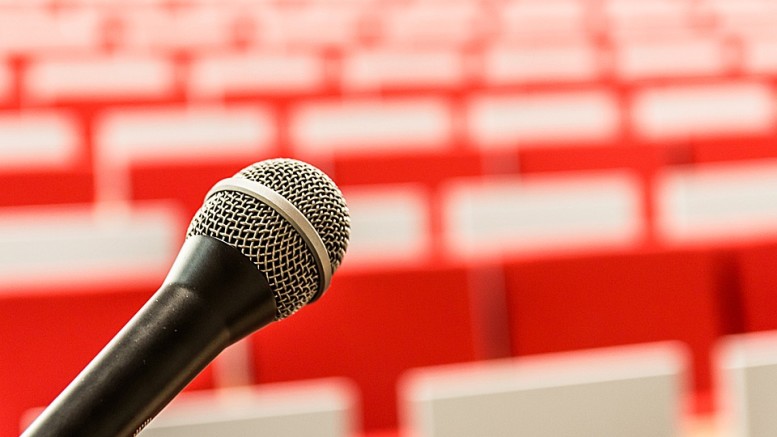 On Wednesday night, Sept. 26, I had the privilege of having time in my schedule to see Dr. Michael Kimmel, Ph.D. speak on the topic of “Guyland” at the second annual Ira G. Zepp, Jr. Memorial Lecture in the Forum. Kimmel, a sociology professor at Stony Brook University who has written extensively about gender studies, discussed his 2008 book, Guyland: The Perilous World Where Boys Become Men.

Kimmel said that he wrote Guyland to map what he calls “the new 20” of men, a period of life occurring in men aged 15 to 26 that he refers to as a new stage of development in between adolescence and adulthood, which he refers to as “Guyland”  when referring exclusively to men.

Kimmel made clear though that this new life stage, sometimes dubbed as “emerging adulthood” and even “adultolescence,” applies to both men and women. He said that it is taking longer for people to reach adulthood because it takes a decade longer for people to finish their education, move out of their parents’ house, get married, get a fulltime job, and have kids than it did about 50 to 60 years ago. For example, the average age of marriage in 1950 was 20.3 while today, the average age of marriage is around 28 years old.

What caused this? According to Kimmel, a contributing factor is the fact that people have longer lifespans than those of previous generations. Kimmel said that the average age of death for someone who is 21 years old today is predicted to be 94 years old. Talk about a long life and a long marriage if you marry at the same age as people in the 1950s! Kimmel pointed out that obviously, the economy is a factor because it is much harder for people to get jobs and lifelong careers. Young people often cycle through entry level jobs upon graduation and generally don’t commit to a careers until their late 20s.

Additionally, we also live in a culture in which the trend of “helicopter parents” results in the infantilizing of young adults’ behavior. Kimmel said that helicopter parenting is not synonymous with good parenting and that high school graduates have lived a life in which they have been over-parented, only to enter a college world that has fewer rules than ever before. (In the ‘50s, in contrast, many colleges had rules that said that opposite-sex visitors could only be in people’s dorm rooms until certain times of night.)

Kimmel argued that this new stage is the most gendered time in our lives, which is why this stage for men takes such a strange shape. Kimmel said that changes in women’s lives have actually had a large effect on this. Over the past 40 years, Kimmel said, women have made gender visible as a fundamental part of their identities, whereas men have not identified with their gender as strongly and do not realize the importance of gender. He said that women’s changing roles in the workplace and changing balances of work and family have affected this as well. He also cited that the fact that women today feel more entitled to sexual pleasure has an effect.

Kimmel said that despite the fact that men’s lives have changed, we are not generally aware of this and as a result, our ideology of masculinity has not changed. According to Kimmel, the general rules of being masculine involve never acting feminine, having a sizeable paycheck, being sturdy and reliable in times of crisis, and “living on the edge.”

Kimmel described a “Peter Panic” complex in which guys of college age become desperate to prove their masculinity. He said that in most cultures, masculine initiation ceremonies are overseen by established adults, but in the United States, 19-year-olds essentially oversee 18-year-olds perform these rites, which boils down to guys policing guys in situations that often involve extreme hazing, situations that communities turn a blind eye to despite the fact that they are hurtful and even dangerous.

Additionally, Kimmel discussed how campus sex and hooking up varies between guys and girls. Kimmel used data collected from 20,000 undergraduate students across the country to discover, among other things, that the meaning of the phrase “hooking up” is deliberately vague to protect the reputation of both guys and girls. The data also showed that most college females tend to hook up only in their first semester or first year of college while college males will hook up all throughout their college years. Most interestingly, the data also showed that male sex partners dramatically overestimate the number of orgasms of their female sex partners. The research demonstrated that the overestimation occurred because females often faked orgasms because they did not want to hurt their male partners’ feelings.

Kimmel also talked about how when couples come to “define the relationship” after hookups, it is often the girl who initiates the discussion. He also discussed the gender disparities in teen oral sex. While the rates of males performing oral sex has remained the same over the years, in recent years, there has been a huge increase in the number of females performing oral sex.

Though Kimmel didn’t do a lot to discuss how we can fix some of the troubling aspects of “Guyland” and the lecture was actually much more sexual in nature than I had expected, I enjoyed the lecture a lot and thought it was very interesting and informative. Kimmel was a very engaging and lively speaker and he even paused his discussion early on to allow for a large group of latecomers to take seats in the Forum.

Unfortunately, however, I cannot discuss this year’s Zepp Lecture without mentioning an unfortunate occurrence that happened during the question and answer session. After two McDaniel students asked Kimmel two thoughtful and intelligent questions, a woman whose name I did not catch but who also identified herself as a member of the class of ’74 praised Kimmel for coining the term “Guyland” to describe the troubles happening in what she described as her neighborhood. She then said that she was frustrated by McDaniel College students throwing parties on Pennsylvania Avenue that were attended by female students with very short skirts and kegs. She also called out a McDaniel chemistry professor by name, claiming that he leased apartments to students and would not deal with the partying issues caused by the students and claiming that he said that he was only in it for the money.

I’m choosing not to name the professor in question because I find that the woman’s name dropping as well as her discussion of the situation in general was highly inappropriate for the context of the evening. There was obvious tension in the Forum as the woman spoke (and continued to speak and speak!), and I’m sure I was not the only one in the room who was shocked and extremely disappointed by her and her behavior. The Zepp Lecture was not the forum for such comments, as Ira Zepp was a man who stood for peace and the peaceful resolution of conflict. This woman’s comments were highly disrespectful and in poor taste for the occasion, and she really put a damper on the evening. I was also disappointed that she placed her identity as a Westminster resident over the pride and respect for McDaniel College one would expect from a McDaniel (or Western Maryland) alum visiting her alma mater.

Lectures, especially those such as this year’s Zepp Lecture are a wonderful way for students and the McDaniel and surrounding communities alike to have enlightening and common learning experiences about topics we wouldn’t normally encounter in our day to day lives or classes. I look forward to more such lectures in the coming semesters. Michael Kimmel’s lecture on Guyland was engaging and thought provoking, but it is important that we respect the tradition of our annual lectures and our guest lecturers themselves by acting appropriately and responsibly as audience members, be we members of the McDaniel community or not.

60 Seconds: Tips for Your First Year