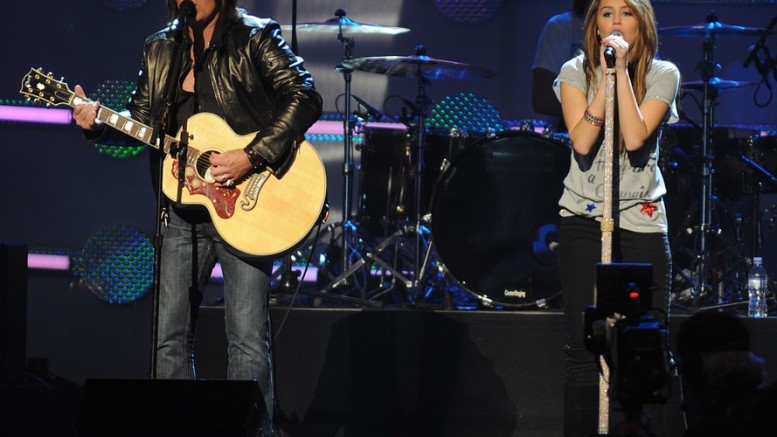 Things just aren’t twerking out for 20-year old Miley Cyrus after her performance at the VMA’s this year – “Hannah Montana” star’s “sweet niblets” have been all over magazines, news programs, and the internet following her raunchy ballad of “We Can’t Stop.” In case you’ve been living under a rock, the Aug. 29 show featured Cyrus wearing practically nothing, sticking her tongue out every five seconds, and groping a married man on stage. I won’t even mention the foam finger stuff here; I think the sports fan industry has gone through enough without reliving the horror of the VMA’s.

But what’s more surprising than the content of the performance – we use the term “performance” loosely here – is the backlash that it received from both media and social media in the following days.  Considering the Cyrus-esque rebellions that play out on Facebook on a daily basis, it seems harsh for anyone from our generation to come down hard on poor Miley.

I know, it’s a foreign concept – rebellion against your parents, trying to seem hardcore, casting off the “good girl” image – who’s ever done that? Oh wait, it’s every girl aged 17-21 once they get their hands on a Miller Light and a guy from the lacrosse team. Let me tell you, the nude corset Miley wore on stage last month was actually more conservative than many freshmen attending their first college party. And worse, they’re the first ones to post it on Instagram.

See, much like young Cyrus, many college girls channel their first night of womanhood as a sort of “look at me, I’m mature!” Unfortunately, it comes off as much more of a cry for attention to want everyone to see your chest, midriff, and thighs – along with how much you can do whatever you want.

But however much criticism has come upon Miley these last few weeks, it has become abundantly clear that she neither can stop nor will stop. In fact, the more comments are made on her embarrassment to the music industry, the more convinced she becomes that other people are just jealous of her “talent,” or that they’re trying to keep her as the sweet, innocent Hannah Montana she never was.

The typical teenage girl reacts in the same way when someone mentions her outfit – the girls staring her down across the party are not appalled by her exposed labia, no, they are genuinely envious of her popularity and attention from (drunk) guys. It is a sad, sad world where girls think that the amount of skin they show is the only way to social leverage, and that the cat calls they get from boys at a party will lead to a substantial relationship or a higher self-esteem.

It’s not to say that girls shouldn’t be drinking or “having a good time,” but flaunting it all over social networks and pretending that it makes them cool is just as immature as twerking all over the stage. What’s worse is just like Miley, these girls are reaching more than their target audience. Whether they want to or not, the Robin Thickes of the world – uncles, friends’ dads, coaches, and teachers – are also seeing the visual onslaught that these girls are using to attract younger males. As Billy Ray might already know, it’s hard to un-see the furry, pixie-cut mess that was onstage at the VMA’s and go back to the sweet, wig-wearing tween of the past. Though you might be trying to “grow up,” what you’re really doing is showcasing your own inebriation, and doesn’t that come off as a little immature?

I’m not trying to tell you or Miley what to do with your life – this is your house, this is your roof. All I’m saying is that it matters what you choose to do on your Saturday night, so try to keep it under wraps. Right now you have the best of both worlds with your reputation and your party life, but once you lose one, there’s no going back.

The Case for the Lesser Evil

Is She for Real?