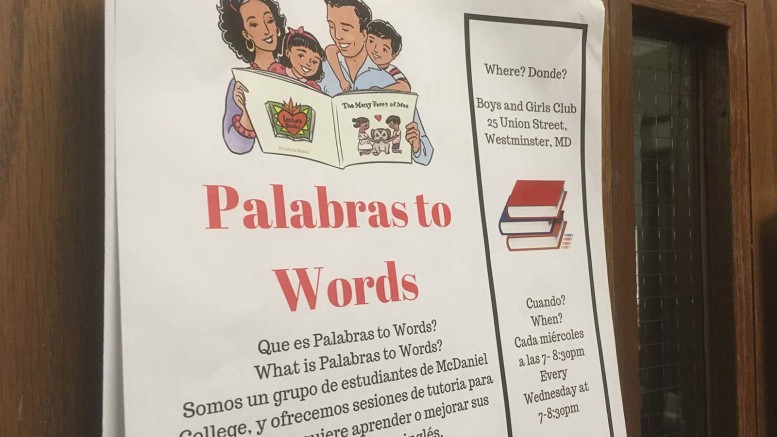 The Hispanic and Latino community is the largest minority group in the United States. As of July 2016, there were a reported 57.5 million Hispanics and Latinos who constituted 17.8 percent of the nation’s total population, according to the United States Census Bureau.

I am sure you can also guess that Spanish is the second-most spoken language in the United States. One thing that I have come to realize, which many people might not, is that it is hard for this large Hispanic population to get jobs in the United States, especially if they only know how to speak Spanish – and for those with jobs, it can be hard for them to succeed because of their limited English, and there might be no one with time to teach them.

After speaking with club member Becca MacDonald about how the club works, I learned that Palabras to Words works with non-English speakers around the Westminster community, and even with some of the people who work in Englar Dining Hall. Anyone who wants to join and learn English, or further their English dictionary, begins by taking a base evaluation English test. From there, teachers will make lesson plans specifically designed for the individual and their specific needs, depending on how they did on the base evaluation test.

The people who help and teach in this club do not need a certification of any sort to teach English – it can simply be anyone who decides to volunteer and who is passionate about helping others better themselves, no matter how. Palabras to Words accepts any volunteers and accepts any non-English speakers to the club.

I myself am not a part of this club, but I have friends who volunteer, and they tell me about the wonderful feeling of seeing people learn English, and seeing them walk away feeling more confident and comfortable going out into a society that is dominated by the English language.