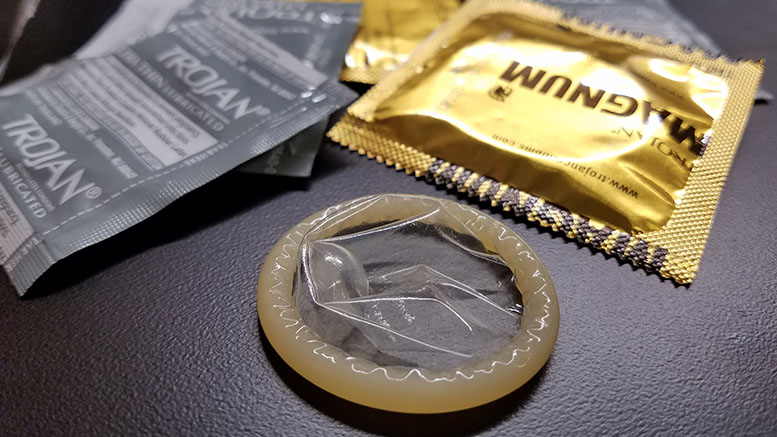 With Valentine’s Day around the corner and love on the Hill warming the chilly winter air, students may want to consider picking up a box of condoms. But standing in the “family planning” drugstore aisle, do you simply grab the first brand you see, or have you ever stopped to consider which type is best?

According to Sustain Natural, a company focused on producing sexual and feminine hygiene products that are safer for vaginas, most condom brands contain many harmful substances that can irritate an already sensitive area. Currently, three publicly traded companies – LifeStyles, Durex, and Trojan – control the condom market and none of them are required to provide a detailed list of ingredients. This includes harmful chemicals and toxins that are bad for your health.

The father-daughter co-owners of Sustain Natural, Jeffrey and Meika Hollender, explain that “some chemicals added during the [traditional condom] manufacturing process are highly toxic and some carcinogenic chemicals are formed during the process.” This is especially concerning because during sex, bodily fluids can cause these chemicals to be released from the condom, and consequently, absorbed into the body.

The Food and Drug Administration recognizes condoms as medical devices and therefore monitors the presence of any harmful chemicals in them, but this does not necessarily make them safe, according to some experts. For example, the FDA does not completely ban all harmful chemicals, such as nitrosamines. This means small amounts of the chemical are found in many products, including condoms. The World Health Organization has recommended that condom manufacturers minimize the presence of nitrosamines in their products.

As a result, several companies focused on natural condoms have sprung up in recent years. Sustain Natural prides itself on creating vegan condoms from fair-trade rubber latex that are free of toxic chemicals and environmentally friendly. There are no detectable levels of nitrosamines in Sustain Condoms. Their products claim to be safer for women and sustainable, meaning they are manufactured in a process less harmful to the earth and to their workers in Southern India.

The Hollenders say they are “trying to do for the contraceptive industry what brands like Honest Company, Mrs. Meyer’s and Seventh Generation have done for cleaning products — introduce all-natural alternatives to household staples.” And that comes as no surprise: Jeffrey Hollender is one of the founders of Seventh Generation.

So this Valentine’s Day, get safe protection that you and your partner will feel good about. Best of all, your (or your partner’s) vagina will thank you!

Luke, I Am Your Fairy Godmother