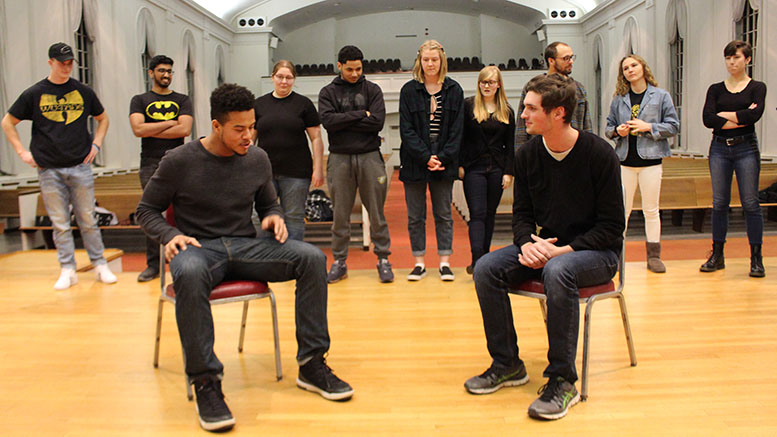 A few popular scenes included “Two-Headed Expert,” performed by Ellie Davis and Rachel Gunnerson where the girls answered questions about vodka and potatoes, “Evil Twin,” where Matt Ulrick struggled to teach Steven Alford about “To Kill a Mockingbird” due to the interference of his evil twin, Darby Bortz, and “Cut To,” where the entire group offered a hilarious interpretation of “The Little Mermaid.”

The night ended with a game called “World’s Worst,” where Sauce members stepped forward to perform one-liners and mini-scenes based on a topic the audience suggested. The troupe acted out awkward situations of walking in on their parents, followed by various scenarios of “World’s Worst Job Interview.”

Dangersauce invites all interested McDaniel students to audition for the chance to join the team. Come to Big Baker at 8 p.m. on Feb. 6 for an open rehearsal and at 8 p.m. on Feb. 11 and 13 for new member auditions. Dangersauce will also hold a “Sauce on Ice” show on the next snow day, so keep an eye out for more information!

Halloween on the Hill: A Photo Essay