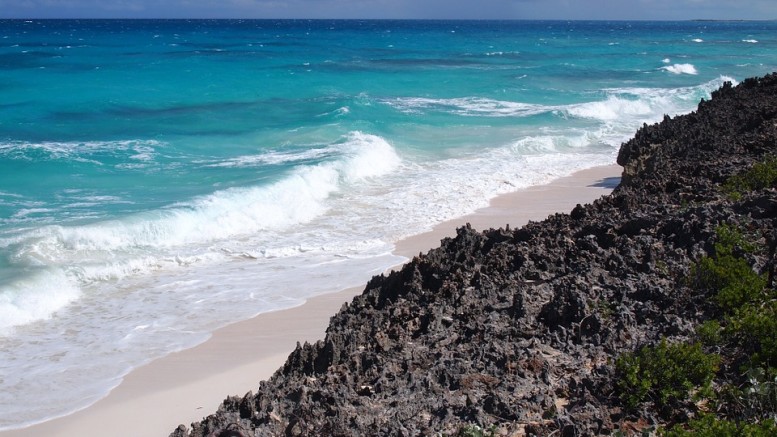 A scene from the Bahamas. Photo courtesy of Pixabay user yrolle.

The semester is almost over, and soon, students will be packing up and heading home for winter break.

But not everyone—16 McDaniel students will be packing their swimsuits and sunscreen in the heart of winter, flying to the Bahamas in late December for two weeks as part of McDaniel’s Tropical Marine Biology January Term.

“I really love the outdoors and natural history; I started talking with Dr. Morrison and found that we work well together, and he had been doing the Bahama January term for a while,” says Marx. “It was something that I would like to do, and Professor Morrison and I both get along well, so it was a good fit.”

On this trip to the Bahamas, the students will be on the islands San Salvador and Andros. They are well known for their pristine waters, famous blue holes—large underwater sinkholes—and one of the largest barrier reefs in the world.

Students will spend the first week on San Salvador snorkeling and seeing the local ecosystems, as well as visiting important archaeological sites like Christopher Columbus’s landing site. The second week will be on Andros, where students will get to snorkel and view blue holes, shipwrecks, reefs, and interact with the island’s citizens.

TJ Rigg, a sophomore student looking to attend the Jan term next year, is excited for what the trip could bring.

“I’ve never done anything like this before,” says Rigg. “I want to try new things, and go outside my comfort zone. Going snorkeling in open water and potentially being around sharks and other predators definitely makes me uncomfortable.”

And while the Bahamas may still be paradise, the living arrangements aren’t quite resort style.

“There are beds, there are showers, flush toilets, and three meals a day,” says Morrison. “It’s all you really need, but the field stations there are really well-equipped to deal with students. There’s not a lot of down time, we always tend to be doing something to stay busy.”

Students’ lodging is dorm style, and the food is primarily cafeteria food—but the group will go to a local restaurant for authentic Bahamian cuisine once while on their escapade.

The trip doesn’t come cheap; it costs around $3,000 for the entire program, but despite this, Morrison says “all the students love it. I have kids this year on their second trip to the Bahamas.”

Dr. Marx believes there are important lessons to learn along with snapping photos and snorkeling.

“[The students] get to take a lot of photos to show to people and learn a lot about this place,” he says. “What I want them to understand is that a lot of this may not be here soon with the reefs dying, and they may have to show their kids what the coral reefs looked like through photos. I want them to be environmentally aware so that hopefully in the future it pushes them to take action to help preserve the planet.”