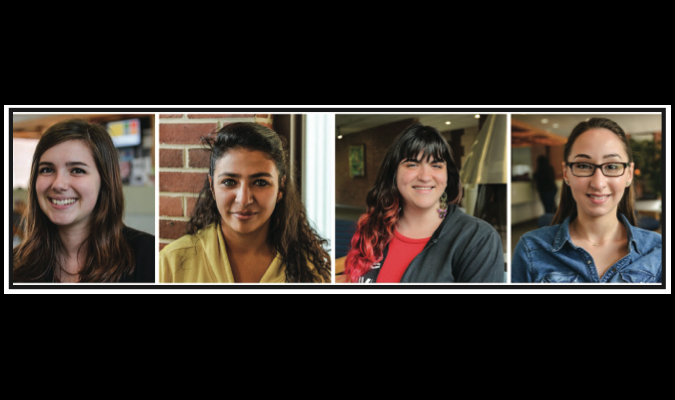 Every year, native speakers of each language come to serve as the directors of the houses. The directors for the 2014-2015 school year are Donia Shomali Garib (Arabic house), Laure Lucas (French house), Tugba Sezer (German house), and Angélica Carnero (Spanish house).

Just like the diverse range of languages they speak, these individuals come from all over the world. Shomali Garib is from Palestine. Lucas is from France. Sezer, although Turkish, comes from Germany. Carnero comes from Argentina. However, one thing brings them all here: assisting McDaniel’s language students in learning their respective languages.

The directors define the language houses as places where majors and minors of a language, especially those who cannot study abroad, can improve their fluency and fulfill their requirements. However, the language houses are not all about linguistic fluency. They also emphasize cultural understanding.

Lucas, the French house director, states that students in a language house “also get a foreign person’s perspective on things.”

Likewise, Sezer says that members of the German house “have to live by German standards” and that one can even experience culture shock while still here at McDaniel. The language houses try to provide the closest possible experience to studying in a foreign country.

Living in a language house comes with some conditions. Students living in a language house have two conversation hours per week with their house director. This may be daunting to some, but the directors try to ease students’ fears.  Language students tend to be much more relaxed outside of a classroom. Carnero, the Spanish house director, says, “Even when we talk about things everyday, we do it in a very relaxed way.”

The language houses not only provide a tremendous experience to the inhabitants, but also to the directors. All of the directors have their own personal motivations for coming to McDaniel. Shomali Garib says that she loves cultures and living with people who are different than the people around her. Additionally, Lucas, who wants to become an English teacher, is thrilled with the opportunity to  “[get] experience teaching in addition to other benefits.”

All of the house directors love McDaniel so far and have learned a great deal. They are happy to see their students improve and become more comfortable in their respective languages.

The directors are optimistic about the future of the language houses. In their time here, they look forward to a multitude of events. Shomali Garib wants to host an Arabic wedding and an Arabic dinner and also hopes to see McDaniel’s Arabic program expand and help combat negative Western stereotypes of the Arabic world.

Lucas is confident in the expertise of McDaniel’s French teachers. In addition to the events she looks forward to, such as an international dinner, she hopes that the French program continues to be “excellent.”

Carnero looks forward to visiting Washington D.C. for a flamenco show, a possible Latin American food party and maybe even giving dance lessons to those interested. She also hopes that people will continue to be interested in learning Spanish and that friends of residents of the Spanish house and other students will visit and practice their Spanish.

Be on the lookout for events by the language houses throughout the year!

Letter to the Editor: Making the most of college

Green Terror gets a makeover