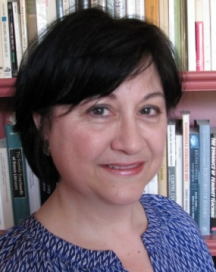 French professor Martine Motard will go on sabbatical next year.

Dr. Martine Motard-Noar, a French professor, will be taking a sabbatical during the 2016 spring semester, which could spell trouble for a department with only two full-time professors.

Despite the concern of some French students, the department has taken a variety of measures to prevent any inconveniences for its students.

“Our students were prepared for this. We’ve been advising them to take a certain order of classes to prepare,” says French professor Dr. Silvia Baage.

The French professors will only be sticking to the French curriculum and not offering classes fulfilling other requirements.

“Neither of us can afford to offer an FYS next year, or an SIS,” states Motard-Noar. Generally, however, the French professors offer such classes, and Motard-Noar even teaches the honors course “Great Works of the Western World” sometimes.

Through all of the planning they have done, there should be no harm to students studying French.  According to Motard-Noar, “In terms of majors and minors and students looking to fulfill their McDaniel Plan requirements, there will be no impact whatsoever.” Motard-Noar also asserts, “the entire [French] curriculum is going to be offered both semesters. As a matter of fact, we have more than the usual.”

Despite this, it is hard for French students to not feel at least a little concern. Junior Leanna Jasek-Rysdahl, a French major, says, “I am bit concerned because the French department is rather small to begin with. I am unsure how the class schedule for the department will work.” Another factor in her concern is that Dr. Motard-Noar is quite an appreciated professor. “She is a fantastic professor who really does care about how her students are doing in her class,” Jasek-Rysdahl asserts.

Motard-Noar plans on developing new courses during her sabbatical. “One of them will be an SIS, most likely on childhood in the world; an interdisciplinary look,” she says. This course could also be about food, she says.

Additionally, Motard-Noar will develop an article on a French novelist who is making what Motard-Noar describes as a “first draft based on photos taken on Facebook with comments to actually write a novel.” Motard-Noar hopes to be able to interview the author in Paris and to turn the interview into something publishable.