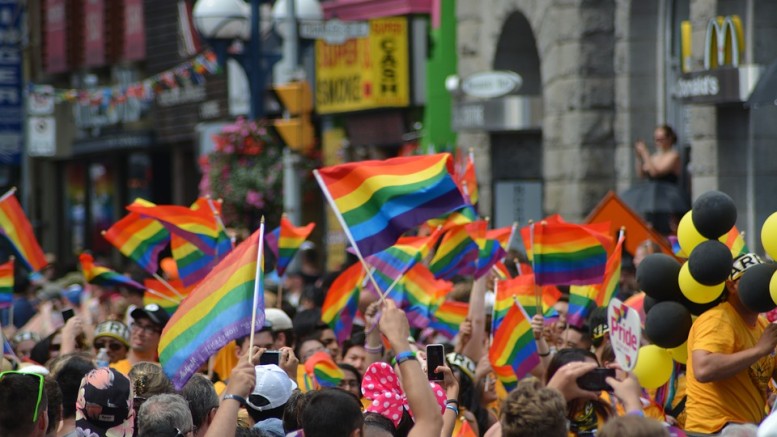 Marsha P. Johnson was a primary figure in gaining rights for the LGBTQ community. Photo courtesy of Pixabay user naeimasgary.

On June 26, 2015 the Supreme Court ruled that the ban against same-sex marriages was unconstitutional, legalizing same-sex marriage nationwide. Many people recognize this has a major civil rights act of this century, but to really understand same-sex marriage and queer people’s rights in the U.S. one must look back at what started the movement a few decades ago.

In the 1960s, being gay, lesbian, or transgender was not only just frowned upon, but people were shamed for being who they are and faced serious social obstacles. People were often kicked out of their families and disowned; they were evicted from their apartments, fired, or denied employment.

Former President Dwight Eisenhower, for example, signed an executive order denying federal government jobs to people who have been found to engage in “sexual perversion”: the definition of the phrase included homosexuality. The LGBTQ community of that time faced many challenges and strived to overcome the queerphobia they faced in society.

Queer people have been fighting for their rights and liberation for decades now: the fight for marriage, equal protection, and livelihood is not new. Many people do not know about the event that started the LGBTQ Civil Rights Movement. One prominent activist in the queer community was Marsha P. Johnson, who was born on August 24, 1945 in Elizabeth, New Jersey; when people asked what her middle name was, she would say, “pay it no mind.” This response was also her answer to when people questioned her gender. Johnson was a sex worker, drag queen, a gay liberation activist, and trans woman.

Johnson was a trans woman in a time when trans people had no rights or protection under the law. In some states they still do not have rights; in fact, according to Fast Company, in 28 states a person can be fired for being gay or trans, since these states do not have laws preventing discrimination against LGBTQ people.

Johnson, however, was not afraid to be herself. She and another transgender activist, the Latina Sylvia Rivera, founded the Street Transvestite Action Revolutionaries, or STAR, to help other individuals who were feeling alienated by society. STAR primarily helped homeless and runaway trans people build a community and live together.

Keeping transgender people off the streets was their primary concern. It was a way to protect their community from harassment and violence. Johnson referred to the trans people she helped saved as her “children.” Many people in the community called her “Queen Mother.” The “queen” came from her love for dressing in drag; the “mother” from the matriarchal structure of the STAR house.

In Greenwich Village, where Johnson lived, there was a huge gay bar scene that many people in the queer community were a part of. These bars were their safe space. They did not have fear of judgement or persecution for being themselves. At this time in the state of New York there were laws prohibiting homosexuality in public. Private gay establishments were often raided and shut down. What took place in Greenwich Village would change the U.S. and the course of action regarding queer people.

What marked the beginning for the fight for queer rights was the Stonewall Riots in 1969—this day started a movement. In the early morning of June 28, 1969, the police raided a popular gay bar, the Stonewall Inn, where customers had grown tired and angry of the constant harassment they were facing from local police officers. They decided to take a stand. When police taunted Stonewall Inn customers and attempted to round them up to arrest them, the men and women did not back down; they refused to show their IDs and identify their gender.

Many did not leave and instead began to gather, which brought even more people to the scene. Johnson was one of the first individuals to resist the arrest and start the riot. Men and women grabbed bottles, rocks, pennies, and anything they could find, and started throwing them at the police.

After the riots, people started demanding better lives. They were sick and tired of the treatment they were receiving. The aftermath of the riots encouraged more people to organize and to start making some changes. The Gay Liberation Front was founded in July 1970, and it was the first such organization to use the word “gay” in its name.

The one-year anniversary of Stonewall marked the the first gay pride parades across the country in cities like Los Angeles and Chicago. The year after, the parades were not only happening across the U.S., but even in cities in other countries like London, Paris, West Berlin, and Stockholm.

Johnson continued to be involved in her community even more after the riots. During the AIDS epidemic in the 1980s, Johnson was very active in the fight against it. She joined AIDS Coalition to Unleash Power or ACT UP which protested on Wall Street against the extremely high prices for experimental AIDS medication. Unfortunately, on July 6, 1992, at the age of 42, her body was found floating in the Hudson River. Police ruled it as a suicide, but people close to Johnson say she was not suicidal.

Witnesses say they saw her being harassed earlier that day and wanted a full investigation of her death as a murder. In December of 2002 the ruling on her death was changed from “suicide” to “undetermined” after further police investigation determined there was not enough information to rule it a suicide. In 2012 Manhattan District Attorney’s office has decided to reopen the case.

Marsha P. Johnson was proud of who she was. Her story often goes untold during Black History Month because she was a trans woman—but she did great things in her life. She fought for her rights as well as the rights of others. Her legacy must not be forgotten.