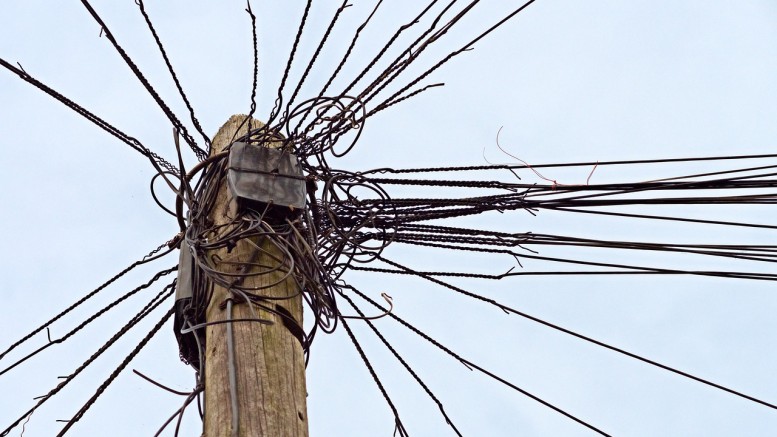 Talks of Ting at McDaniel have increased since the fiber internet infrastructure has gotten closer to campus. Image courtesy Pixabay.

The possibility of a change to McDaniel internet is on the horizon.

When Ting, an internet service provider and mobile virtual network operator, lit up in August of 2015 in Westminster, talks between the small company and the college started taking place.

“We’ve had some very good conversations,” says Greg Dumont, chief information officer at McDaniel, speaking about communication between his office and Ting.

He says the question that comes from students most is “When can I get it to my dorm room?” He says that there was a sense that the second Ting came to town McDaniel would get it. But as Val Giovagnoni, Ting Internet city manager for Westminster, explains, Ting isn’t at a place where that can even happen yet.

“This is something that has to be planned for,” she said in a phone interview. “It’s just a lot of planning, which we’ve surely begun. If the opportunity presents itself, of course we’d love to be able to help the faculty, staff, and students at McDaniel.”

Right now, the biggest challenge is figuring out how Ting’s service will work with McDaniel’s existing infrastructure. It’s a complex network which Dumont says is not going away. But when Dumont recognized that the city’s infrastructure was getting closer to campus, he reached out to Giovagnoni and conversations began.

Seamlessly combining the two infrastructures and networks would be quite difficult. “There’s some technical challenges that both of us are looking at,” says Dumont, “We want to take it slow.”

Like most entities in Westminster, Comcast is the service provider across campus and with the intricacy of the network, Dumont sees Ting as a good network redundancy for failover in case something happens with Comcast. “We’ve got a network on campus and all that traffic has to get off campus,” Dumont explains.

Part of what makes partnering with Ting so complicated is the nature of Westminster’s fiber internet project. The groundbreaking operation is a private and public partnership. The city is building a fiber network and Ting will act as the network operator, providing internet service for those who wish to buy in. For now, the city is providing infrastructure for the network, “building the backbone” as Giovagnoni explains. Like every lot in town, the city will bring the fiber infrastructure to the edge of the campus property, but it’s up to the college what to do from there.

Another problem is the volume of traffic that McDaniel would add to Ting’s network. Originally, explains Dumont, Ting was planning on operating on a single bandwidth pipe, pushing all of their traffic together.

“We were a little cautious in the beginning when the project started,” Dumont first said about the single pipe, “Several thousand users will be more than they’ve ever done.” But Ting soon changed their model, showing some dedication to their possible client’s interests.

Giovagnoni admits that a lot of the potential project will be figuring out how Ting will work with McDaniel’s infrastructure, when the time comes. The Ting project has divided the city into four phases with McDaniel’s campus located within Phase 3. The Pilot Phase was lit up in August of 2015 and the city is just about to hand over control to Ting to light up Phase 1. The big picture timeline is to have all of Westminster complete in five years, according to Giovagnoni.

Whether or not the partnership between McDaniel and Ting will work out is somewhat contingent on how the remainder of the project continues. “It’s like entering a marriage,” Giovagnoni thinks, “There’s so much that has to be discovered for Ting to be explored [with McDaniel].”

For now, McDaniel community members will have to wait to see what happens between the new internet provider and their college.

“It’s got to be a right fit,” Dumont added, “let’s not rush anything.”

“No decision has been made today,” Giovagnoni concluded. “It’s not an overnight, we’ve got to do it right. You can’t rush good things.”

Jin Kang named to McDaniel board of trustees