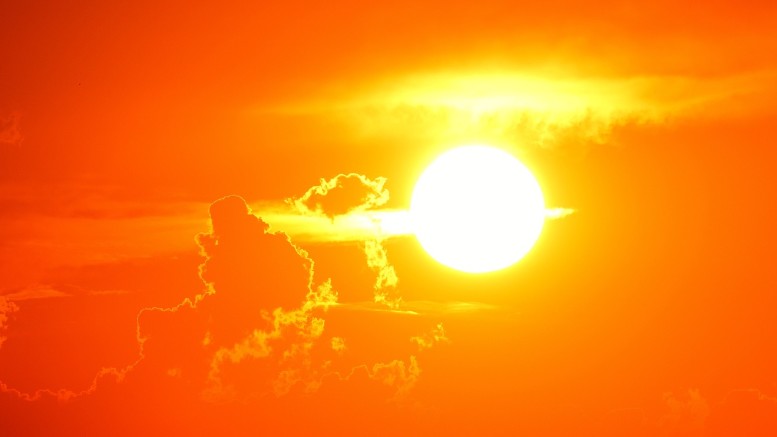 This is the sun that PSU wants to punch. (Photo courtesy of Pixabay user Alexas_Fotos).

In bright, UV light of recent concerns regarding climate change and the fight for individualism, the Progressive Student Union (PSU) of McDaniel College has directed attention to the biggest culprit in the matter: the sun.

For decades now, the sun has been praised without a shadow of a doubt. Supporters have been known to point to its role in photosynthesis and ability to cast light over the land every day of every year.

Yet, the sun is the primary contributor to our planet’s warming temperature. With its explosive attitude resulting from nuclear fission, it’s no wonder people are catching on to the sun’s blusterous personality.

“It’s relentless,” said John Okay, a leader in PSU. “It comes up each day and stays there until night. It rules the sky, only ever encumbered by some brave cumulonimbus soul.”

“We are seeing less biodiversity and more barbecues with tons of weiners,” Wustfree said. “And I hate weiners.”

The sun was once appreciated for providing a schedule for the day by our ancient ancestors. The sun would rise and signal that it was time to work, to hunt and gather, and then as it would fall, workers would return to their dwellings.

When I pointed out the historical context of how we function on a day to day basis and how that tradition is still followed today, Melissa Pleasant, a member of PSU said, “I ain’t no boomer.” I can only infer this was in reference to the aging of this ritual.

“I did not and will not consent for some authoritative leader to dictate spans of time for me,” added Pleasant, a known night owl on campus.

Interviews with members of PSU additionally enlightened me to the soft culture impacts of our society’s unadulterated support for the great big ball of fire. The song “My Girl” by The Temptations has the recognizable lyric “I’ve got sunshine, on a cloudy day.”

“Who decided that something is inherently wrong with clouds? I love clouds. The sun always has to take and make the spotlight,” said Karly Marks, another member of PSU. “Also, why is something that burns my skin and the planet an admirable quality for a partner?”

The president is standing in solidarity with PSU members in this movement. He was spotted just Tuesday shaking his fist in the air, grumbling a cursory “why I outta,” at the sky after developing a Crocs tan on the first day of spring.

“If we continue to let the sun have its way, we are in for a world of sunburns and cheap song lyrics,” said Cynthia Right-Angle, Ph.D., another professor in the environmental department.

PSU is asking everyone to sign their petition to give the sun what it deserves.