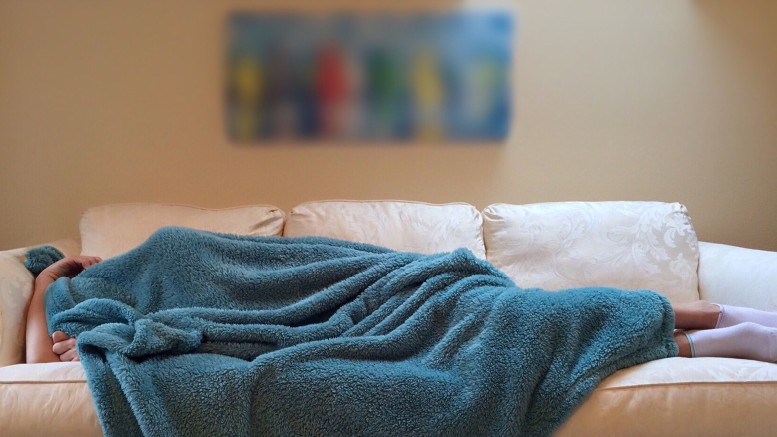 Finch saw this sleeping student last class when the student accidentally forgot to turn off his camera during the Zoom meeting. (Photo courtesy of Pixabay user Wokandapix).

“I had it down to an exact science,” said Rebecca Brandon, class of 2022, on her 8 a.m. English class with Roger Finch, PhD. “I would wake up at 7:30, stay in bed looking at TikToks until 7:50, and then scramble to get dressed and run to Hill Hall. I was never more than 15 minutes late. Well, the one time I went to Dunkin [Donuts] I was 25 minutes late, but it’s an hour and a half class so that’s hardly any time at all.”

As McDaniel has transitioned into fully online classes, one benefit is that students can sign in to classes directly from the comfort of their bedrooms. However, that doesn’t stop some students from being late to class.

“With the stress of everything that’s happening, I’ve had a really hard time getting to sleep, so I’ve been spending the evening alternating between refreshing Twitter for the most recent news articles and participating in whatever the latest Instagram story challenge is until I lose consciousness around 4 or 5 a.m.,” she told us over a Zoom call. “I’ve been waking up around noon in a groggy haze, enjoying the roughly 90 second period I have before I remember everything.”

When asked about his experience with students missing class, Finch, the professor of Brandon’s course, seemed somewhat resigned.

“Half the students who are there have both their camera and microphone turned off, so I’m pretty sure they’re setting up their laptops and going back to sleep,” he said. “I don’t really fault them, to be honest. I’ve been wearing my pajamas for every class so far.”

Brandon does, however, have admirable goals.

“I’ve still been doing the assignments, don’t get me wrong,” Brandon said. “Dr. Finch has been having digital office hours, and we’ve been talking about what I can do to catch up on the work I’ve missed by not making it to class every day, and making a plan to help me figure out how to wake up earlier and on-time.”

“It’s really the fact that she’s been in communication and honest about her struggles,” Finch said. “I just want my students to succeed in these weird times, and I know we’re all trying our best.”