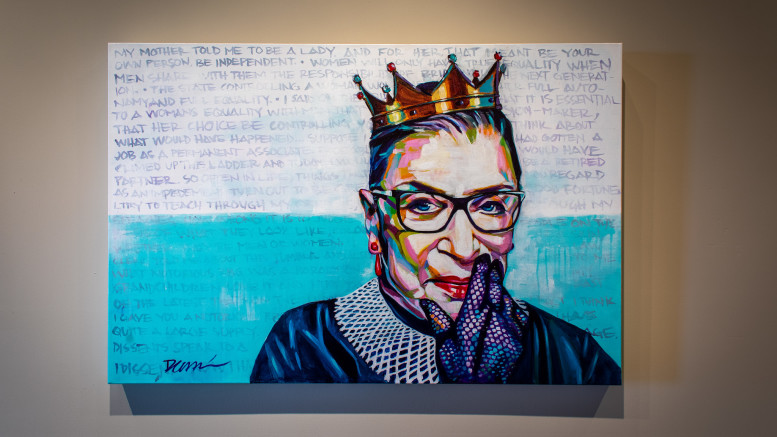 Last week, we mourned the loss of Supreme Court Justice Ruth Bader Ginsburg. She was known to many as a champion of women’s rights, and she delivered progressive votes on many important social issues today, including abortion rights, same-sex marriage, voting rights, immigration, health care, and affirmative action. She was the second woman ever to serve on the Supreme Court.

As she battled an increasingly conservative bench, and four rounds of cancer, critics called for her to retire. “I have often said I would remain a member of the Court as long as I can do the job full steam. I remain fully able to do that,” she responded earlier this year when her cancer returned for the fifth time.

Ruth Bader Ginsburg, born Joan Ruth Bader, was born on March 15, 1933 in Brooklyn, New York. She thrived in school even from a young age and was heavily involved in extracurricular activities. She was an editor of her high school paper, The Highway Herald.

After high school, she attended Cornell University on a full scholarship. Soon upon arrival, she met her future husband, Martin Ginsburg. They got married in 1954 shortly after her graduation and remained married for 56 wonderful years until he passed away in 2010.

She went on to attend Harvard Law School, all while taking care of her young daughter, Jane, and husband, Martin, who had just been diagnosed with testicular cancer. She completed her education at Columbia Law School and graduated at the top of her class in 1959.

Despite her excellent grades, Ginsburg could not find a job as a lawyer after graduation. “I had three strikes against me,” she recounted in an interview with CBS Sunday Morning. “One, I was Jewish. Two, I was a woman. But the killer was I was a mother of a four-year-old child.”

She eventually became a tenured professor at Rutgers and pursued interests in issues of gender equality. In 1980, President Jimmy Carter appointed Ginsburg to the U.S. Court of appeals for the District of Columbia in Washington, D.C. On June 14, 1993, President Bill Clinton announced Ginsburg’s nomination to the Supreme Court. She was confirmed on Aug. 3.

Standing at 5’1” and weighing just about 100 lbs., Ginsburg’s presence still towered on the bench. Ginsburg authored the court’s opinion in the 1996 landmark case United States v. Virginia, only three short years into her tenure. The ruling allowed women to gain admission to the Virginia Military Institute, which was historically all-male. In her scathing opinion, Ginsburg wrote, “generalizations about ‘the way women are,’ estimates of what is appropriate for most women, no longer justify denying opportunity to women whose talents and capacity place them outside the average description.”

As much as she will be remembered for her majority votes, she is also iconic for her powerful dissents in cases such as Shelby County v. Holder. The voting rights case rolled back the 1965 Voting Rights Act’s protections and allowed states to change their voting procedures without any further supervision.

“Throwing out preclearance when it is has worked and is continuing to work to stop discriminatory changes is like throwing away your umbrella in a rainstorm because you are not getting wet,” Ginsburg famously wrote.

She died on Sept. 18 of metastatic pancreatic cancer at the age of 87. She will be buried at Arlington National Cemetery alongside her husband. RBG will be the first woman to lie in repose at the Supreme Court and inside the Capitol.

Ginsburg told her granddaughter, Clara Spera, that she wants her replacement to be chosen after the election. “My most fervent wish is that I will not be replaced until a new president is installed,” Ginsburg told Spera a few days before her death.

This terrible tragedy sheds light on the importance of your vote in the upcoming election. We should not have to mourn the loss of an icon and democracy as a whole at the same time. Our beloved “Notorious RBG” is gone, and we will miss her dearly. Now is our time to take action and honor her legacy by fighting for the rights that Ruth Bader Ginsburg spent her entire career striving towards.

The harmful impacts of body shaming