In years past, the newspapers on the Hill have published articles and commentary that some might describe as both “salty” or “sweet.” While McDaniel doesn’t host Valentine’s Day dances anymore, some of the things that students cared about or dealt with in the past still affect students today, such as the yearly outbreak of the flu. Read excerpts here: 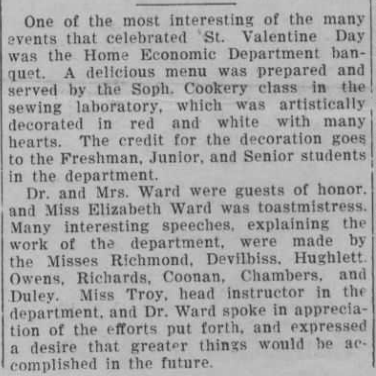 In the past, when the College had a Home Economics Department, that department would host a banquet for Valentine’s Day, in which Sophomores in the cooking class would prepare the meal, while Freshmen, Juniors, and Seniors in the department would make the decorations. The president of the College at the time, Dr. Ward, and his wife were guests of honor. 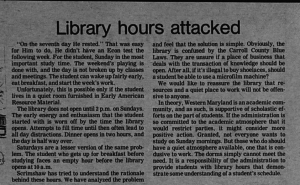 Something that the Free Press has written about in the past year that students still care about was just as important in 1979. At that time, students were upset that the library did not open until 2pm on Sundays, causing any students who had energy and enthusiasm for getting their homework done in the morning, according to the anonymous author.

In 1976, similar to 2017, students at WMC experienced a particularly nasty outbreak of the flu that swept across campus, leading writer Cathie Citro to muse that the question wasn’t who was sick, but rather who wasn’t sick on campus. The strain at the time was apparently the A-Victorian, with outbreaks across the country and even in Austria, where some of Olympic participants even caught it. It is to be hoped that the flu does not spread to this year’s Winter Olympics.

In 1968, students on the Hill may have had different priorities for their dining hall from those in 2017, while still wanting to improve their food. The lists of requests that students had at that time was:

1. Clocks should be installed in the cafeteria.

2. Milk or an imitation flavored fruit drink should be served at dinner.

4. There should be an extended over-all reduction in rates of at least 50¢ per meal.

5. Coat hangers should be provided at the far end of the cafeteria.

6. Two entrees should be offered at dinner.

7. The cafeteria serving line should be better organized. Appetizers, salads and desserts should be separated and labeled. 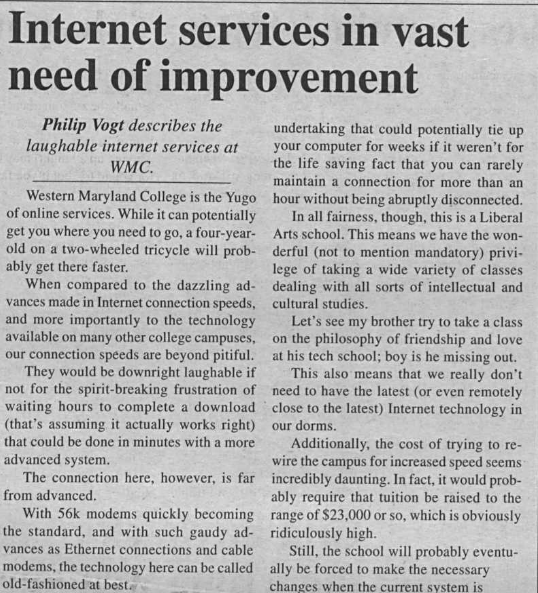 Technology has changed significantly since 1999, but early on in the history of the internet, writer Philip Vogt wanted IT services to be better at WMC. He laments the internet speed while acknowledging that he realizes that the costs for improving it would most likely require the yearly tuition to be raised to around $23,000, which at the time he felt was “ridiculously high.”

Student Switches Seat After Semester is Half Over