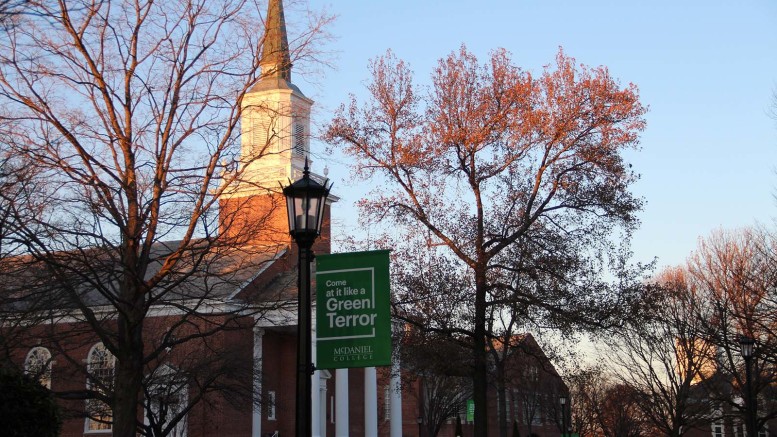 The Board of Trustees on Saturday unanimously voted to suspend five undergraduate majors and three minors, as well as the master’s in deaf education.

Majors in art history, religious studies, French, German, and music, and minors in German, music, and Latin will no longer be offered.

President Roger Casey made the announcement in an email to the McDaniel community Saturday night, the culmination of several months of academic review, beginning in the summer of 2018. A shortened version of this email was also posted on the College’s official Facebook page.

According to the announcement, courses will still be taught in the affected disciplines, except for German and Latin.

“None of these changes will adversely affect our ability to deliver our hallmark McDaniel Plan and McDaniel Commitment,” said Casey in the email. “Our students will continue to experience a broad education in the liberal arts and sciences while delving deeply into their program areas of special interest.”

The email notes that the College will still support the choir and band and offer music lessons. Language studies now include Arabic, American Sign Language, Chinese, French, and Spanish.

Monetary savings from the changes, according to Casey’s email, will be reinvested to strengthen other academic programs.

“This is not a budget cut,” said the email, citing the need to meet the developments of the twenty-first century.

The future of faculty in the affected programs is unclear.

“Because of our commitment that all students in an affected major can graduate with their intended degree, existing faculty may continue to teach in the affected programs of study for a number of years,” Casey’s email said. “The College is closely following American Association of University Professors (AAUP) guidelines.”

“The review included data that related to student enrollments; student retention (including within a major); information about leaves of absences and withdraws; student yield rates; and prospective student pipeline and yield information from admissions,” it said.

Casey concluded his email by thanking the student body for being a part of the College’s history and positioning the College for future success.