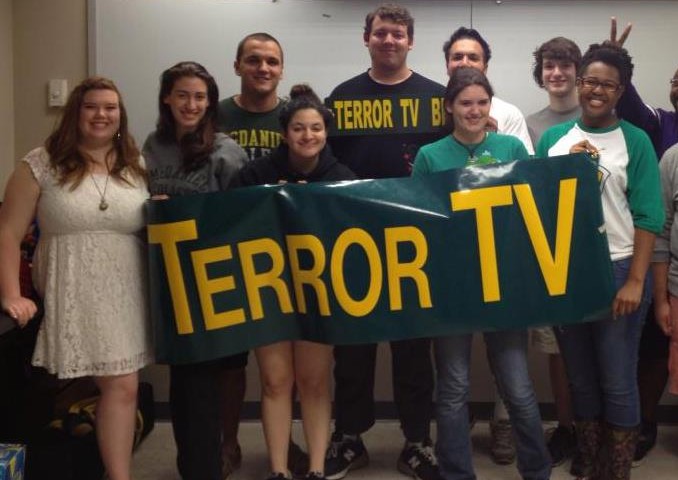 College Broadcasters, Inc. (CBI) is an organization that promotes student involvement in media and opens up the discussion of issues that involve media.

This year, CBI will host the National Student Electronic Media Convention from Oct. 31 through Nov. 2, which will focus on students and their advisers from all over the nation networking and sharing ideas with each other.

Masha Paul, a senior communication major and cinema minor, came up with the idea of attending this conference.

Paul has been working for the McDaniel Terror TV as a co-general manager since her sophomore year and she has been researching ways to make this trip happen ever since. According to Paul, the TV club used the club’s budget as well as their personal funds to make this possible.

Paul is really interested in what other colleges and universities are doing with their TV stations and going to the convention is a way for the TV club to learn about them.

Paul also recognized that the convention is a great networking opportunity.

“We are going to be the smallest school there,” Paul said. “So this is a great opportunity to get our name out there.”

Meola and all of the students attending the conference are preparing themselves to learn as much as possible during that weekend.

“We want to bring new ideas back to campus to help the group grow even more,” Meola said.

According to Meola, six students and the club’s advisor, Professor Jonathan Slade from the Communication and Cinema Department, are attending the conference.

Professor Slade said that it was not possible to make the conference happen before this year, but he is very happy that it is happening for the club this time.

Slade feels very proud about the work Paul, Meola, and the members of the club have done for the TV club.

“I can’t take credit for it, Masha and Tricia have done it all. I am there to be their mentor but not to run it,” said Slade.

According to Slade, the conference will be attended both by students that have been in the club for a long time and by students who have joined the club more recently but who are really interested in learning and networking.

“It is the first opportunity for our dedicated members to meet people just like them at a conference,” said Slade. “This is an opportunity to learn from each other and network with each other.”

Steve Moore: In it for the long run