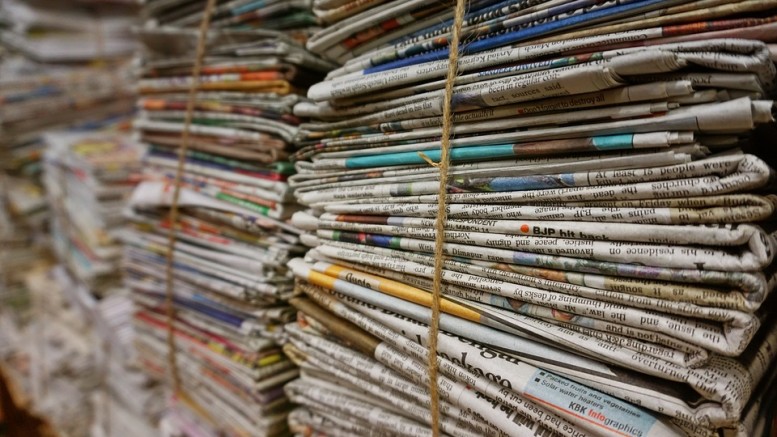 This year, the members of the Free Press staff have learned a lot about journalism, through the Newspaper Practicum class and by attending weekly meetings.  We have expanded our skill set by writing for different sections and understanding conventions of style and tone used in each section.  We have had the opportunity to talk to journalists with various specializations, including television producers, magazine editors and even self-employed bloggers.  They provided us with valuable information about the journalism field and offered advice on how to handle adverse situations.  Additionally, some of them discussed the evolution of journalism and where it could be in the next few years.  I’m here to expand on those ideas and apply them to our campus newspaper since we have experienced our share of controversy over the past few years while expanding the ways in which we reach out to the student population.

Journalists, regardless of their skill level, fall under a lot of scrutiny when they publish stories about controversial issues. We’ve seen it happen on a national level as well as on our own campus. Here’s something everyone needs to understand about journalists: it’s our job to report what’s going on.  We are able to inform the public about stories that could go unnoticed if left unreported.  It is a concept that has been a part of our democratic society for centuries. Journalism often acts as a check on the government to ensure that authorities are performing their duties in accordance with the law, and this ideal applies to our campus as well.  If we get a tip pertaining to something the public should know about, we’re going to investigate it and write about it–as journalists, it is our obligation to do so.  The readers then decide for themselves how they want to interpret each story.

With that said, journalists have certain responsibilities in order to ensure that the public is informed with utmost accuracy.  First of all, we get as many facts as we can. We talk to multiple people that we believe would have credible information or opinions relevant to the story.  Afterwards, we double, sometimes triple check those facts, just to make sure they are correct.  For example, when I interviewed Brendon Ayanbadejo in the fall semester, I recorded it on my phone so I would be able to capture his answers verbatim.  When I transcribed the interview, I listened to the audio at least three times before typing to ensure I copied down the right words.  It is also important that we include all sides of a story in an article. If a potential source refuses to speak to us, we will say they declined to comment.  We do not and will not fabricate quotes to make it look like someone spoke with us when they actually did not.  That would be considered libel, or a written defamation of someone’s character, which violates the law.

Journalists are also often accused of being biased in their stories.  As much as we try to be unbiased, it is almost impossible to completely eliminate it from an article or newscast.  Some television networks have gained reputations for leaning one way, such as FOX News, which is often accused of being on the conservative side.  For example, in 2012, “Fox and Friends” aired an anti-Obama video produced by the network in attempt to prevent his re-election.  On the other hand, MSNBC is accused of being left-leaning.  This article from The New York Times discusses how MSNBC is FOX News’ “evil twin,” the only difference being their political biases. Incidents such as these only further enforce the idea of bias in the news.  And with journalism media evolving, people will begin to have more freedom to express their opinions.

From town criers in centuries past, to papers listing and often picturing the latest happenings, to broadcasts over radio and television with videos and sound bytes, the ways we have been getting our news have evolved over time.  And they will continue to evolve as social media and the Internet themselves evolve and change.  This could potentially affect the entire concept of journalism.  An increase in online capabilities will allow for more citizen-journalism, where ordinary people can report on what’s happening around them.  We can already see this occurring on Twitter and through various blogging websites.

As consumers of various types of media, it is important to remember to have discretion when using social networks or websites that promote citizen-journalism.  We all know the phrase “don’t believe everything you hear,” right?  And I’m sure we’ve all seen the State Farm “French Model” commercial, where the woman believes everything she reads on the internet, including that a guy she just met online is a French model.  Well, this is true when it comes to journalism.  Journalists work to establish credibility with their audience and among their peers by bringing hard-hitting or interesting–and truthful–news stories.  We keep in touch with reliable sources in order to ensure that the information being reported is true.

Readers have the responsibility of choosing which news sources are the most reliable for themselves, just as journalists determine which sources to consistently rely on for information.  With that said, it is important to consider the credibility of each journalist or news outlet before reusing them in the future.  If you see posts about a cure for cancer on your Facebook feed, what do you do first?  Do you attempt to contact your friends to find out more information, or do you research the story first to confirm it?  You want to make sure the story is legitimate before contacting others or making posts of your own.

At the Free Press, we do everything we can to bring our readers campus news, whether it is controversial or not.  We make sure to contact the administration if we need facts for articles and will pass on any information given to us, whether that is the most important piece of information in the story or a statement saying they are unable to comment on the situation.  Again, we will accept any response they give us and report it back to the audience as quickly and honestly as possible.  We hope that our readers will appreciate that we want to keep them informed about what’s happening on campus instead of leaving them in the dark when it comes to important issues.

While not perfect, news sources, including the Free Press, do everything in their power to bring readers up-to-date and accurate stories on the latest happenings.  The McDaniel Free Press takes pride in teaching students to be journalists and keeping the community informed.

Under the Lights: McDaniel Hosts Catholic in First Night Game