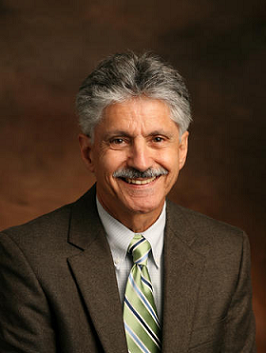 In August, a week before the beginning of the 2014 fall semester, Provost Jeanine Stewart sent an email informing the McDaniel faculty of the removal of Professor Thomas Zirpoli from his position as Dean of Graduate and Professional Studies.

Dated Aug. 11, Stewart explained to the faculty the reason for Professor Zirpoli’s removal: “Tom is stepping aside only because I request that he do so… to allow a shift in the leadership focus of our graduate division to emphasize expertise in compliance-related issues.”

That same month, in a letter addressed to President Roger Casey, some of the Members of the Graduate and Professional Studies (GPS) faculty, expressed their concern and displeasure at the speedy removal of Professor Zirpoli from his position as Dean.

Many of the GPS faculty felt Zirpoli’s sudden dismissal from his position to be unwarranted.

“This summer, the GPS team conducted an evaluation of his leadership; he received the full support of the GPS faculty. Professor Zirpoli has served ably in other administrative roles as well, most recently as the College’s Acting Provost.”

In her initial email, Stewart reasoned, “Had I been able to anticipate the nature and scope of the work that would be imposed upon us… I would not have considered adding the title of Dean to a long list of institutional and community obligations held by one individual [Zirpoli].”

According to the letter addressed to President Casey, the Provost had first mentioned compliance-related difficulties in January of the 2014 spring semester, but had failed to provide “the specifics of the compliance concerns,” which had “never been described to the GPS and Education faculty.”

In an interview President Casey explained what was meant by “compliance.” “Compliance has to do with state rules and regulations,” he said. “In the case of the graduate program, we were focusing on Federal regulations. There have been enormous changes in Washington… in concern with things colleges need to do.“

He added, “Our concerns about compliance came out over the last year because we were concerned that in a number of our programs we might not have been presenting our data as the Federal government wants us to do. A number of those issues involve our graduate programs.”

When asked, however, Professor Zirpoli said, “We don’t have compliance issues. It’s just things that, again as the Feds and Department of Education comes up with new procedures you have to follow up on them. You always just do your best to accommodate those… and we always have.”

He added, “There were three things they [Department of Education] had questions about and we fixed them, and that was it.”

The “compliance issue” line of reasoning did not convince some of the Graduate and Professional studies faculty.

“I think it’s fair to say it was a surprise,“ stated a GPS faculty member.

In a meeting with Dr. Henry Reiff and two other members of the GPS faculty who wished to remain anonymous, Reiff commented, “We were told, that it was because of compliance issues. We are not aware of any compliance concerns.”

He added, “Over the past few months there were two or three issues that arose where we needed to make some adjustments to get in compliance. As far as we know we [had] made those adjustments.”

Another professor remarked, “I think we all recognize that a president and provost, any manager, has the prerogative [to make sure] that his or her staff is performing on a level that they expect. I respect that. I think what we were concerned about was the manner and the timing of that decision.”

“Another major concern is that we are undergoing national accreditation… it’ll be a little awkward to [answer,] ‘why was your dean dismissed?’” stated another instructor.

With Zirpoli’s removal occurring at such an vital time for the college, the dean’s position, important as it is, cannot be left empty. The administration has had to hire a “consulting dean,” at some expense to the college, while searching for a replacement.

Roger V. Bennett was chosen as the interim dean, via an employment service called the “Registry.” Bennett has been hired for the year and is not the permanent dean.

Casey commented on the impermanence of Bennett’s position, “We don’t have a time line on this yet, but in the spring we will conduct a national search… and I’m confident that there will be opportunity to provide faculty input.“

Hiring a temporary dean from outside the college’s walls, however, sends an interesting message to the accreditors about the health of the college’s programs.

The GPS faculty is concerned with the possible negative image that was projected as soon as Jeanine Stewart sent her initial email.

The GPS faculty’s email of concern reads: “The announcement was distributed through an email that reached hundreds of graduate adjunct instructors, many of whom are also respected superintendents, principals, supervisors, and educational leaders. In short, many adjunct colleagues within the Mid-Atlantic region may have the perception that McDaniel is not in compliance with federal guidelines.”

Stewart’s initial letter to the faculty seems to grasp the issues with such a large and sudden change, “a shift of this nature at an institution of our size… requires rapid adaptation in order to protect the interests of our students, faculty, and programs.”

And yet that rapid adaptation seems to be coming at the expense of interdepartmental dialogue. While searching for candidates to fill Zirpoli’s shoes, the faculty feels the administration seems to have forgotten to involve the faculty. Three candidates for the interim position were chosen, but as the original GPS letter goes on to clarify, “All three candidates are to be interviewed, simultaneously, on the Friday before classes begin, during orientation.”

The faculty is worried that the administration is attempting to “downplay” their involvement in important decision-making. What with little to no time to properly speak with a candidate for replacement dean, and with no seeming consideration for the professor’s time, the faculty feels that the administration “disregards and diminishes the role of the faculty in the collaborative governance of the College.”

President Casey commented on this as well, explaining that he believes the misunderstanding lies in the faculty’s confusion of how the Registry works, “Our traditional methodology [for choosing a dean] is we take weeks. The Registry looks at an institution’s specific set of issues… they bring them all at the same time. The Registry says ‘we want to give you some choices here’ and that’s what they did.”

In fact, according to Casey, the “faculty had just as much time to meet with those individuals as the administration did.“

The GPS faculty felt differently. The day the administration had set aside for the three candidates to be interviewed was on the Friday before classes began, during orientation.

The GPS email commented, “Faculty who wish to meet the candidates are expected to shuttle between them in a one-hour morning slot and to provide input to the Provost in time for her to make a hiring decision by the following Monday.”

Not only is there concern with regards to Thomas Zirpoli’s speedy removal from office, but also with respect to his expensive replacement, the lack of communication between faculty and the administration, the dearth of financial wisdom, and the apparent lack of forethought with regards to communication of the situation as a whole.