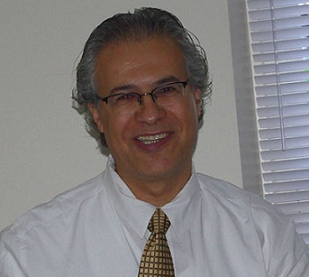 Dr. Mohamed Esa has been a full-time professor at McDaniel since 1993, teaching students the German language. He has been crucial to students receiving a balanced and interesting education at McDaniel.

According to some students, he is a person that you can lean on for help or even have a long conversation with. These students enjoy Esa’s guidance on McDaniel’s campus.

Among other things, Ligas studied abroad in Heidelberg, Germany for a year at Dr. Esa’s recommendation.

A Palestinian, Esa is originally from Israel, with his first two languages being Arabic and Hebrew. When he became older, he applied to become a medical student in Germany. If that couldn’t be the case, he thought about pursuing law or engineering as well. His original dream, however, didn’t come true.

Esa moved to the U.S. in 1991 and applied for a job at Western Maryland College. Some time went by before he became the full-time head of the German section of the foreign languages department. Since then, he has urged more students to get involved with German.

Esa believes that education is a key cog in human development. He also wishes that there were more money pumped into education.

“He’s very respectful, he’s personable and he is extremely nice.” Apparently, Esa even sent her a card before she came to McDaniel to study. “In his eyes, everyone is equal.”

Ligas and Sezer agreed that he is very honest, with a huge heart and that he makes time and space for his students. They greatly appreciate his help.

When he isn’t instructing students or helping them make life decisions,  Dr. Esa spends his time doing things he enjoys. Some of his hobbies include going out to dinner, cooking, baking, reading and working in his yard. He loves to take care of his pet chickens. He believes that movies hold a “special connection to life,” and he watches many of them.

Esa is a very busy man, and he travels often. “I love to travel when I have the time,” he says. To him, travel opens up his heart and mind. He has been to various places with his students, including Germany, Austria, Switzerland, Turkey and Egypt.

Dr. Esa also had some interesting things to say about the 2014 World Cup.

“Small countries needed to win the World Cup to help give them a moral boost,” he said.

Nonetheless, he was very excited when Germans won. He was also happy with the fact that the Germans displayed great sportsmanship throughout the World Cup, which made him proud.

Another thing that Dr. Esa prides himself in is his Arabic culture. He also loves to take part in other cultures, building bridges to them through being multilingual and connecting others who would otherwise remain unconnected.

If you are interested in learning about German culture and getting to know Dr. Esa, McDaniel’s German-American Day would be a great chance to do these things.

Esa recommends that many should attend the  20th anniversary of German-American Day on Tuesday, Oct. 14. For those who can’t attend, Dr. Esa and his students can inform them of the many opportunities in which they can greater immerse themselves in German culture here on campus.

“The Vagina Monologues”: Empowering Women and Ending Violence Against Women and Girls