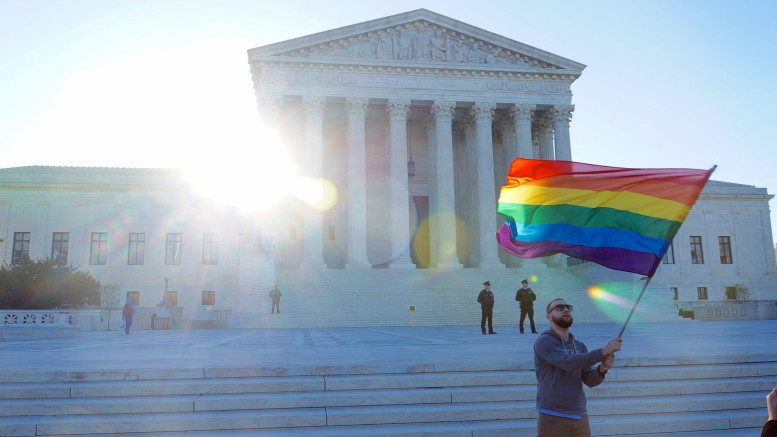 InterVarsity Christian Fellowship has taken a stance against same-sex marriage. This position was affirmed by the national organization after a review of their theological beliefs based upon their interpretation of the Bible. InterVarsity plans to put these new views into effect on Nov. 11.

When asked how different members of InterVarsity have taken the news, Haslbeck stated, “I think some people are understanding and can see the logic behind the fact that a religious organization would ask their staff to have the same set of beliefs as the organization that they work for. Though generally that may be true, that doesn’t undo the hurt and pain that people are experiencing. And my students don’t want to see people be isolated or alienated as a result of this [decision].”

In concerns to how the InterVarsity chapter on McDaniel will continue to have a positive relationship with LGBTQ students, Haslbeck was confident. “InterVarsity has provided staff with more resources to talk about [these issues]. InterVarsity affirms the right of LGBT students to identify and express themselves on campus [and for them] to have their perspectives on religion heard and considered and to live the way they want to live.”

The relationship between religion and the LGBTQ community is already a sensitive one. According to Rosa Robertson, the co-president of Allies, McDaniel’s gender and sexuality alliance, “There’s already a lot of tension between being religious and being LGBT, especially in regards to Christianity; stuff that really isn’t necessary. I do believe it is possible to live Christian and LGBT. So something like this would just push people further apart.”

Knowing that this is a struggle many LGBTQ students are faced with, McDaniel’s InterVarsity and Allies are looking for a way to promote unity instead of exclusion. “Allies and InterVarsity are thinking about doing something together just to clear up any questions and to have a place where people can discuss that,” says Robertson.

Until then, McDaniel’s InterVarsity continues to try and create an environment where all can feel comfortable any way that they can. Haslbeck has already affirmed the organization’s statement. On this, she says, “I have chosen to affirm InterVarsity’s statement. I really believe that God has called me to this place, and I want to be here. I think InterVarsity has done good work on this campus and I hope that we can continue to do that. I still believe in this ministry. I’m hopeful that we can create a space of openness and discussion.”