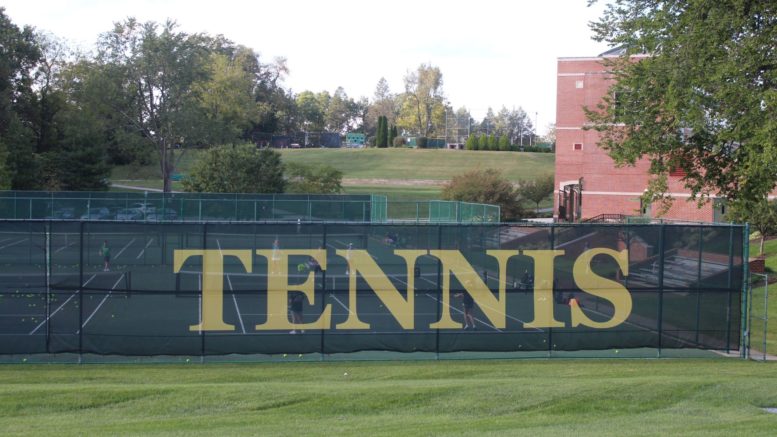 Over summer break, on July 16, posts were made on the McDaniel Parents and Families Facebook page about the tennis program being put on pause. The original post was made by a parent who emailed the athletic director and found out there would not be a tennis program in the fall semester.

“I just want to say how disappointed I am that we just found out today after having to send an email to the athletic director that there will be no tennis program this fall at McDaniel. [There was] no communication sent out- just a response to our question,” a parent of an incoming first year student said in a Facebook group post.

This parent was disappointed about the short notice they were given regarding the tennis program’s standing for the fall.

“To be told at this date when it is too late to go back to all the other schools and explore other options, I really question the integrity shown by the school. I understand education over athletics- but where is transparency?” the same parent said in the same post.

There were several comments under this post from other parents of tennis players who did not know about this news either, until seeing the Facebook post.

The McDaniel admin in the Facebook group replied to these posts and said the head men’s and women’s tennis coach, Will Giles, would be stepping down, effective July 27, which would cause the program to be paused.

After these posts were made, the coach communicated to current and incoming players, officially informing them of his resignation.

“Coach Giles reached out to the teams and let them know that he had resigned his position. The College then decided that this was an appropriate time to evaluate aspects of the tennis program – and all our programs – using an external review committee,” Athletic Director Adam Hertz said in an interview.

Hertz felt it was important to reach out to all students in the program about this evaluation process.

“We felt it important to let all current members of the program know, as well as those incoming students,” Hertz said. “The message was simply that we were in the process of evaluating the tennis program as part of a comprehensive review of the athletics department and wanted to communicate this to the players in the event they might not want to continue to pursue tennis at McDaniel.”

Confusion and panic in the Facebook group and amongst players caused uncertainty regarding the future of the tennis program. One student was under the impression the program was ending.

“I transferred because of the tennis program ending,” former student and tennis player Del Carden said.

Hertz explains the program was put on pause to allow time to find a new coach.

Students were notified this would be a temporary pause until a new coach was found.

“We were notified by the athletic department that the program is just on pause for now until things are situated,” first year tennis player Parth Shah said.

The athletic department has involved students in the evaluation process and gave students a chance to share their perspective on the program.

“We had a meeting with the athletic department, and we were asked for our insight on how we would like the program to move forward,” senior tennis player Kassidee Wright said.

“Coach Giles’ resignation provided an opportunity to consider how we might move forward with the program to give it more competitive success.  The team is still in place, we have an interim coach, and the teams have started practicing,” Hertz said.

“Changes to the tennis program aren’t necessarily a bad thing. The changes that the athletic directors may want to make will allow for more competitive matches and a better experience for players,” Darr said.

Students are excited about where the program is heading and are looking forward to having matches again in the spring semester.

“We have a new coach, and we are starting to practice and we will be able to have matches again in the spring. We are all very excited and looking forward to being back on the courts,” Wright said.