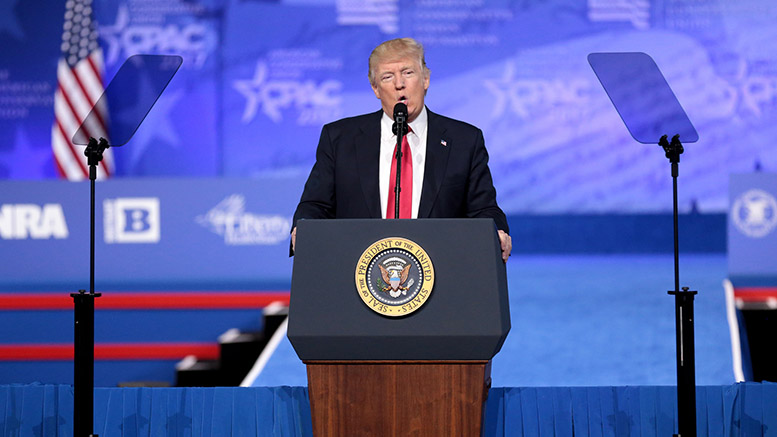 As Congressional Republicans plan to overhaul the tax code, President Trump plans to meet with several GOP Senators to discuss the plan.

The lunch will be President Trump’s first appearance at a regular GOP lunch meeting at Capitol Hill. There is a potential for tension, however, as the President will be sitting down with senators who have criticized the Trump administration, such as Senator Bob Corker of Tennessee and Senator John McCain of Arizona.

President Trump will also discuss how to gain votes for the tax code overhaul with majority leader Mitch McConnell. However, Trump’s comments continue to frustrate members of Congress.

Senator Corker of Tennessee, as well as other Republicans in the Senate, are hopeful that Trump will be willing to work with them on successfully implementing the tax code, so they will be prepared for the 2018 mid-terms. John Thune of South Dakota added, “I think that to the degree the president delivers that message it will be very well received by Republican senators.”

President Trump has also disagreed with Republican Senators over the popular 401K retirement programs. While GOP Senators want to impose cuts on the program, President Trump wants to preserve the program because they primarily benefit the middle class. According to Reuters, Trump strongly believes in defending the popular program. On Twitter, Trump wrote, “This has always been a great and popular middle class tax break that works, and it stays!”

Several Democrats are opposed to the tax reform bill. This is because the new tax code would include a cut in top marginal tax rates of individuals as well as corporations. There would be a corporate income tax rate cut from 35 percent to 20 percent, while the income tax rates would be simplified to three brackets of 12 percent, 25 percent, and 35 percent.

New York Senator Chuck Schumer is one of those opposed to this tax reform, asserting that the bill is a massive tax cut for the rich. According to USA Today reporters Nicole Gaudiano and Eliza Collins, Senator Schumer stated “Each of these proposals would result in a massive windfall for the wealthiest Americans and provide almost no relief to middle-class taxpayers who need it most.”

The tax reform bill would also include a repeal of the estate tax, and would increase the standard deduction for middle class taxpayers. According to Vermont Senator Bernie Sanders, the tax reform bill is “morally repugnant and bad economic policy.”

McDaniel students and faculty raise concerns about parking on campus