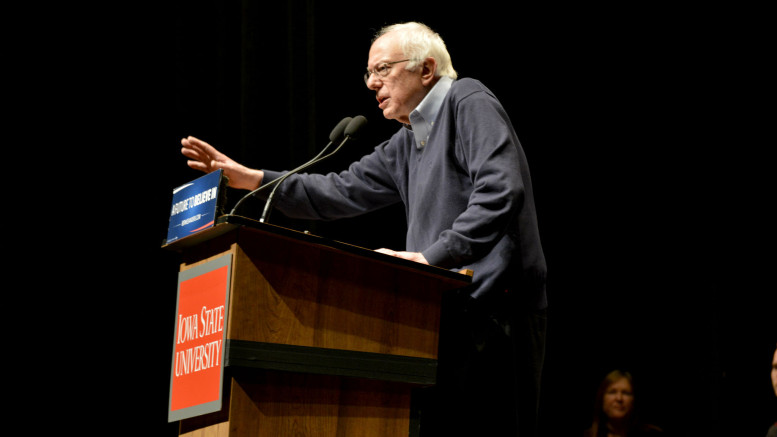 It’s undeniable that the insurgent candidacy of Bernie Sanders in the 2016 Democratic Primary has made history in its early success and ability to use anti-establishment sentiment to appeal to a number of key voting demographics.

But to understand Bernie, it is valid to look back through the history of American politics, especially those of the modern era, to see how the ideas and tactics espoused in his campaign have been brought up many a time before, by candidates who may or may not have had the same level of success.

Firstly, let us examine Bernie’s ability to raise money not from Super PACs, wealthy donors or Wall Street, but through small, individual donations from average individuals, usually donated online, which average around $27. Certainly, no candidate has raised as much money as Bernie has by this method, but the method itself can be traced back to 2004, and the primary challenge of Howard Dean.

Dean, who himself represented an “anti-establishment” figure during his time, was known for raising money through small money donations donated via the then still fledgling internet (this of course being before the rise of social media).

In this era though, the idea behind it was slightly different: it was partly a revolt against the wealthy class and the building of a grassroots organization, but it also was a usage of small donations to stay under the $2,000 donation limit, as laid out in the Bipartisan Campaign Finance Reform Act, better known as McCain-Feingold. The campaign itself was extremely successful in raising money, but Dean’s candidacy floundered in the primaries and he exited after Wisconsin.

Speaking of Campaign finance reform, here we again see a long tradition that precedes Senator Sanders. Sanders, in his campaign, aims to reverse the power of Super-PACs and special interests that have the capability to support candidates through large, unregulated campaign donations, as allowed in Citizens United vs. FEC.

However, such ideas have been major parts of campaigns in the past. In the 2000 GOP primary, John McCain, then an insurgent candidate against frontrunner George W. Bush, advocated for campaign finance reform as a major tenet of his platform, with CNN reporting in 1999 that “Pledging to make campaign finance reform a mainstay of his campaign for president, Sen. John McCain (R-Arizona) scathingly criticized the current system as corrupt and responsible for a ‘pervasive public cynicism’ that hurts the nation’s democracy.” (CNN)

McCain would later, in the Senate, pass the aforementioned McCain-Feingold Act, which would be struck down in the Citizens United decision.

Lastly, Senator Sanders has been unique in his pledge to raise taxes as a method of acquiring the funds for projects such as tuition free college, stating that the rate will definitely be higher than it as at the present, but still below record levels that have existed in American history, including the rates of the Eisenhower administration.

The last candidate to openly claim that he would raise taxes to pay for domestic programs was Walter Mondale, the Democratic nominee to go against Ronald Reagan in the 1984 election. At the 1984 Convention, Mondale famously stated that “Let’s tell the truth. It must be done, it must be done. Mr. Reagan will raise taxes, and so will I. He won’t tell you. I just did.” (CNN)

Mondale ended up losing the election by a landslide, but it should be taken into account that he was running against a beloved incumbent, in a time when conservative economic values (which had come, and are still known, as “Reaganomics,” thanks to their most avid proponent) were largely agreed upon. Bernie, running in a different climate and in a non-incumbent election is speaking the same message to a vastly different crowd, but the message itself is nonetheless unorthodox.

Now let none of this discredit nor credit Bernie as a candidate. The fact he is voicing ideas that have been proposed by politicians on both sides of the aisle for decades is in no way plagiarism, nor is it mimicry, but rather an emphasis on the fact that such issues have been a major part of the American political discussion for many years.

Time will tell whether Bernie’s message that brings them together will resound with the modern populace enough to secure him the nomination and, perhaps later, the presidency.

Underrepresented and Disrespected: The Larger Issue with the New Meal Plan