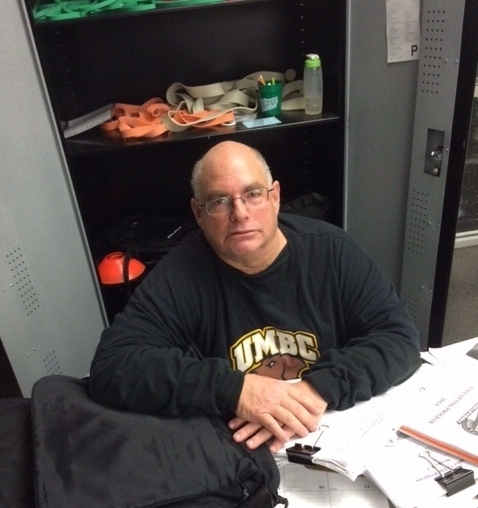 Fred Cantor has come to McDaniel as a new strength and conditioning coach.

Students who went back to Merritt Fitness Center for the first time this semester likely noticed a change in the machine area of the weight room. Along the back walls, where two abdominal machines used to be, sits Fred Cantor’s desk.

Cantor began his career working with high school students before he was hired by the Philadelphia Eagles in 1994. After his tenure in Philadelphia, he became the head strength coach at Lafayette University, overseeing all sports, but with an emphasis on football. He then worked at UMBC from 2000 to 2014.

Cantor made the switch from a Division I school to McDaniel, a Division III school, for a variety of reasons.

“I really wanted to get back into football. UMBC didn’t have a program,” Cantor said. “I talked to the head coach [Mike Hoyt] and the Athletic Director [Paul Moyer] about working with the other strength coaches already here. They were enthusiastic about me coming and I was excited about having the opportunity to work with great kids.”

The Owings Mills resident said that location was a large factor in his decision to come here, especially with his wife getting a job in Frederick, to which she has to commute on Route 140 and drive by the College every day.

The programs that Cantor runs are unique to each sport and to different positions within those sports. For example, the baseball team has two workouts, one for position players and another for pitchers. The players run anywhere between three and five days a week, depending on the level of the athlete. These workouts are designed not only to improve the overall strength and conditioning level of the athletes, but also to bring the team closer together through overcoming adversity.

“Cantor takes people out of their comfort zone and makes the team perform at a higher level together,” said senior David Pisauro, a member of the baseball team.

This team building can only help make teams better equipped to deal with the rigors that they face in the Centennial Conference.

Cantor, however, wants to see more, as he poses the ever-constant question to the student-athlete bending over at the end of one of his sessions, gasping for air: “If they had told you that you would never have won a championship, would you still have come here?”