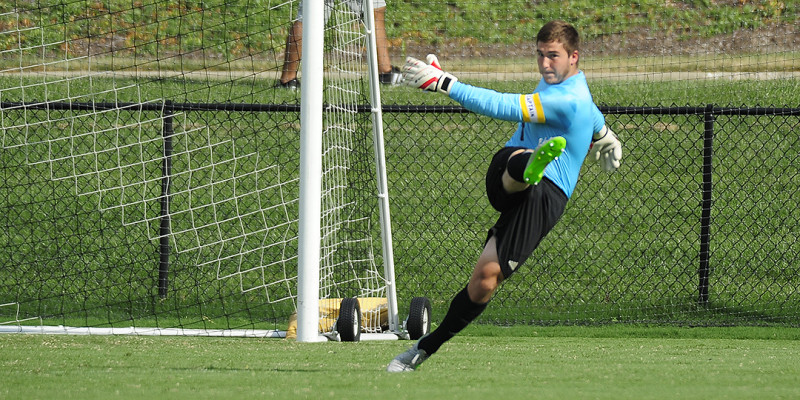 The men’s soccer team lost on Wednesday against Dickinson by a score of 1-0. McDaniel’s goalie Nick Over made a total of five saves, while Dickinson’s goalie Jeremy Palcan made three.

The only Green Terror who attempted a shot in the first half was Carlos Valdez Martin, but it was saved by Palcan. Dickinson’s Ryan Brown and Braeden Kelly tried to score a total of three times in the first 17 minutes, and Danny Sheppard missed a header shot with five minutes left in the first half.

There were no corner kicks by McDaniel during the first half, while four corner kicks were completed by the Red Devils.

Thirty seconds into the second half, McDaniel’s Billy Rodgers shot the ball towards the goal, but it was too high.

Over saved a shot by Brown three minutes into the second half; he saved another shot shortly after from Kelly.

Fifty-five minutes into the game, Valdez Martin and Dickinson’s Macsen Pritchard each received a yellow card.

The second half ended 0-0 and the game went into overtime.

In overtime, Valdez Martin attempted a shot that was saved by Palcan. No goals were made and the game went into a second overtime.

The Green Terror will travel to Washington (Md.) on Saturday for their next game.