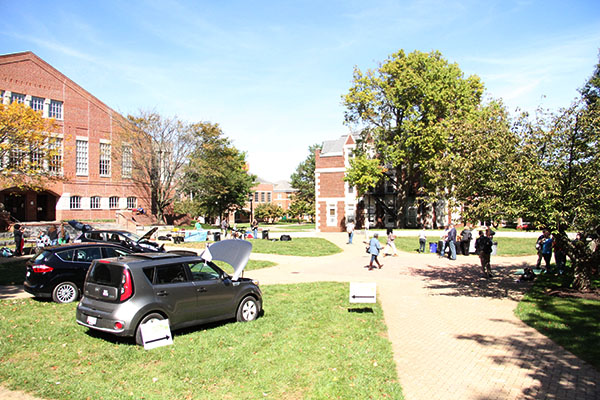 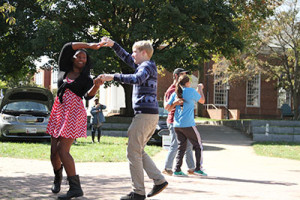 Although this week is full of interesting and informative events, the highlight of the week was the Street Fair that took place in Red Square on Oct. 11. This event, organized by Tabitha Schade, Vice-President of Green Life, brought together a number of student organizations on McDaniel to celebrate and spread the awareness of climate change to the McDaniel community.

Among the organizations that joined forces at the Street Fair were Ars Nova, Progressive Student Union, Swing Dance Club, Ukelele Club, and the Office of Resident Life. Each one of these organizations held a different activity during the fair. For example, Ars Nova held a station where students could draw what climate change meant to them. As Samantha Bouton, representative of Ars Nova at the event, explains, “More than just warm weather, [climate change] is a lot of overlooked issues that affect us all, including wildlife.” She added that in order to create feasible change, “we have to do rather than observe.”

Progressive Student Union held a station with trivia questions about climate change and its impact around the world. Along the trivia, they also provided facts on how different countries are working on ways to ameliorate and even prevent further climate change.

The Office of Residence Life was in charge of a station where students could decorate light switch covers. As one of the representatives at the table explained, “the covers are there to remind you to turn off your light.”

Accompanying the event were a display of fully electrical cars and hybrid cars, brought by Professor Slade and Dr. Leahy respectively. During the duration of the fair, this faculty members explain the benefits of driving electric and hybrid vehicles, focusing not only in the positive impact they have on the environment but also in one’s wallet. 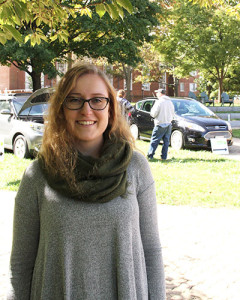 Schade explains how the fair, and the week as a whole, is an attempt to spread awareness of climate change. “We coordinate this event with International Global Climate Change Week to bring awareness about the issue to the McDaniel community,” Schade explains. “Global climate change is a reality and it’s affecting all of us.”

When asked about how she managed to organize a fair of such magnitude, Schade replied, “To organize the fair, we reached out to different organizations we thought might be interested in collaborating with us. And from there on, everything sort of snowballed to what we see now!”

As for the planning behind the week as a whole, Schade adds, “Planning and organizing the week started over the summer, when Dr. Scullion brought up to my attention that this week marked International Global Climate Change Week. After that, I knew that Green Life had to do something to celebrate and spread awareness of this relevant issue.”

When asked about skepticism within the McDaniel community, Schade responds, “Although I believe a good 15 percent of students may not believe in climate change, the aim for this week is to bring awareness rather than to start debates about climate change.” 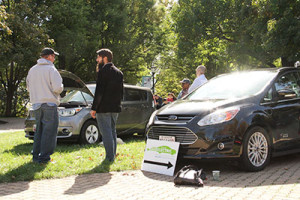 Thus, Schade, as well as most participants of the week, acknowledge the fact that some people may not believe in climate change, and as such they do not aim to change their minds completely but rather provide them with the facts and reality of the issue to let them decide for their own.

Regarding how she plans to keep this effort going, Schade explains that the Green Terror Revolving Fund and Green Life are two ways to keep this cause going, and urges students to become more involved with either one or both of them.

In Schade’s own words, “It doesn’t stop here!”

For questions on how to get involved with Green Life, the Green Terror Revolving Fund, and other environmental awareness causes, contact Tabitha Schade at tms016@connections.mcdaniel.edu