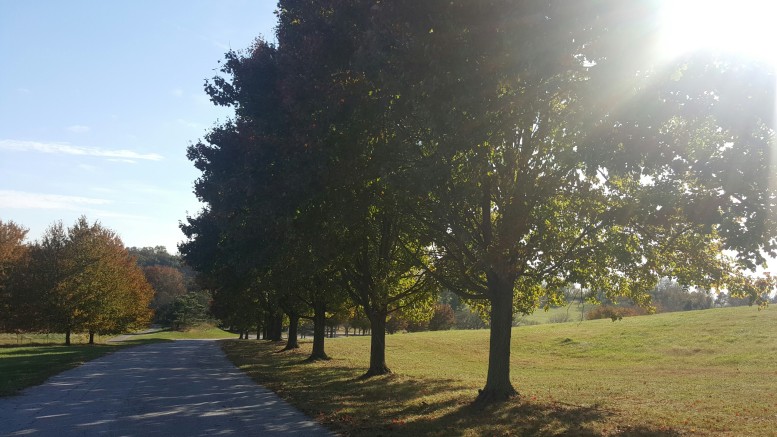 As a community, we are in the “Wake” of Wakefield Valley Golf Course. Located only 3 miles from McDaniel’s campus, the course is a quick walk away through the Wakefield Valley trails. The once prestigious US Open qualifying golf course, which brought in golfers from all around the country to the small town of Westminster, Maryland, is now seen as a nuisance by the town. The community, however, sees it as “a beautiful piece of property.”

A portion of Wakefield, as of Mar. 15, 2016, was donated to the City of Westminster. The fate of this tract of land is currently under debate. The remaining portion of the golf course has been retained by its private owner, who is in the process of approving a 53-home housing plan. All plans will require rezoning after approval.

Wakefield includes multiple ponds stocked with fish such as sunfish, bass, and carp. This allows for many memories for families and their children. The beautiful scenery and wildlife, like butterflies to whitetail deer, is an important piece of the golf course. The thick-wooded areas along the walking trails allow for fitness opportunities, with a chance of spotting the many animals inhabiting the course.

Many proposals were submitted beginning in May 2016. Among these proposals were rumors of a sports complex, community area, and hotel. In Sept. 2016, a task force was formed to review all proposals. This task force consists of McDaniel College leaders, community leaders, and business owners. After they have reviewed all proposals, a vote is made on which proposal is believed to be the best fit. This proposal is sent to the Mayor and Common Council following the decision.

“Once the Mayor and council deliberate, the proposal is reviewed by the planning and zoning committee” stated Bill Mackey, the Director of the Department of Community Planning and Development.

A meeting was scheduled to allow any individual affected by the proposal a chance to speak. Those who took the opportunity to speak, expressed concerns and others showed their support. Many members of the community, including business owners, the Mayor, Common council, and the Task force were all in attendance. The first meeting took place on Sept. 19, 2016.

Among those in attendance, Pinkyard Properties pushed their proposal of youth athletic fields and facilities to the community.

The current proposal that has been presented before the Mayor and Common Council by Pinkyard Properties’ includes, four turf fields (synthetic, and LED-Lighted), Gymnastics/Indoor Recreation, an Amphitheatre, Water Park, Lavender fields/Gardens, an Outdoor Learning Center, and a Science-Technology-Engineering-Arts-Math Center. Athan T. Sunderland, the former Vice President of Pinkyard Properties, stated in the meeting on Sept. 19 that “we wanted to figure out a way to self fund, build, construct, maintain, manage, and operate youth sports facilities that were not contingent upon public subsidy taxpayer dollars.”

After watching the meeting and talking to community members (off the record) there was a lot of backlash on the current proposal and other ideas. There is a lot of concern around the traffic issue on Route 31, pollution, the removal of trees, and wildlife that currently resides on the golf course. The majority of concern was around the beautiful 5-mile walking/running trail, which is used frequently.

Members of the community, who spoke at this meeting, were also concerned about the removal of ponds and the amount of water needed to run an athletic facility.

Throughout the meeting, when asked an important question, the Mayor would respond, “We are not to that stage yet, so we do not have any answers for you as of right now. We are still talking about concepts.” This upset many of the individuals who spoke, as they wanted answers in that moment.

Nevertheless, there was also a lot of support around this proposal, in particular referring to the athletic fields and nature trials. As there are many proposed ideas, only one will be selected and approved by all parties.

If you wish to be a part of the open discussion on these projects, there is another meeting to be held at City Hall. Located on John Street, at the back of the fire company on Nov. 17 at 7 p.m. This meeting will be to discuss the current proposal and open to the public.