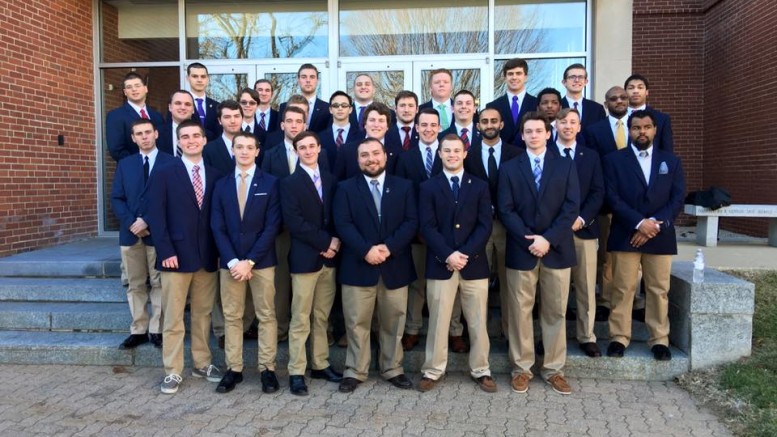 Everyone has their own ideas about what “Greek Life” really means, and what it entails. Many see it as something akin to movies like “Animal House.” Many see it as having to pay for friends. However, a significant number of people see it instead as a connection, a way to create community, a way to make a positive impact on the community at large, and a way to be a part of something much bigger than yourself during your college years.

Going Greek does not mean you’re a party animal with no consideration for your grades. There isn’t a specific type of person who is being “targeted” for being Greek. Greek life is whatever you want it to be, especially in a small school setting like McDaniel.

On our campus, Greek life is much more diverse than people might expect. You can find Greeks from almost every major and almost any walk of life. This diversity makes the community stronger. Many of the people I know who went Greek have had a more diverse social life as a result. Greek life allows many different social groups or interests to come together under one banner. This diversity exposes us to new cultures, perspectives, and ways of life.

I’ve met some of the best friends I’ve ever had as a result of going Greek. If I hadn’t, chances are I would never have met them. Prior to going Greek, I mostly stayed within my own social group, as a chemistry and philosophy double major. I had met most friends through my academic studies or through housing.

Greek life opened me up socially: I have friends now who are studying history, pre-med, criminal justice, and sociology. I have other friends who are football players, who participate in ROTC, track and cross country, wrestling and many more. Each and every one of these individuals I call my brothers.

Many people think Greek life won’t be their cup of tea. This was the case for me. Many Greeks admit they themselves did not intend to become Greek. However, after realizing what being Greek really meant to them, they changed their minds and joined up.

I arrived at McDaniel thinking that Greek life wouldn’t be present due to the size, and, when I realized that there were Greeks, decided to not be a part of it. I wouldn’t be able to fit into the culture, I told myself, and they potentially wouldn’t accept me anyway, so I wouldn’t really even have to worry about it.

However, after the beginning of the spring of my freshman year, I started seeing posters around campus for recruitment, even in my dorm. I decided to give it a shot, and go to the all-fraternity presentation event to see what all the fuss was about. Next thing I know, I’ve been accepted to and joined the Sigma Alpha Epsilon fraternity on campus. This ended up being one of the best decisions I ever made.

Going Greek gives you a connection not only to others on your campus with like-minded ideals, but connects you to a nation of individuals who will know what kind of man or woman you are on the basis on your fraternal affiliation. It gives you the opportunity to become a better version of yourself rather than simply perpetuating who you used to be, no matter how strong or weak that may be.

There is always room for improvement, and becoming part of a community where the entire function is to create a sense of belonging and achievement (e.g. brotherhood/sisterhood) only pushes you to progress even further.

Personally, I went from a student who only focused on his studies and had few interactions with organizations on campus, to one who is significantly more outgoing and involved. I still maintain my 3.86 GPA (mostly for bragging rights). I’ve become one of the heads of the Relay for Life committee, putting together an event every year that helps raise nearly $30,000 for cancer research and care, I’m vice president of an academic honor society, and I am now the vice president of my fraternity. If that’s not an improvement over the person I was before, I don’t know what would be.

If you have ever considered what it would be like to become Greek, it’s to dedicate yourself to becoming the best version of yourself. Greeks have a higher average GPA than most students, complete a higher number of service hours, and donate larger amounts to philanthropic causes.

Greek life is so much more than the parties and keg stands that are displayed in movies like “Animal House.” At this point, people should be asking themselves not “Why would I go Greek?”, but rather “Why haven’t I gone Greek?”