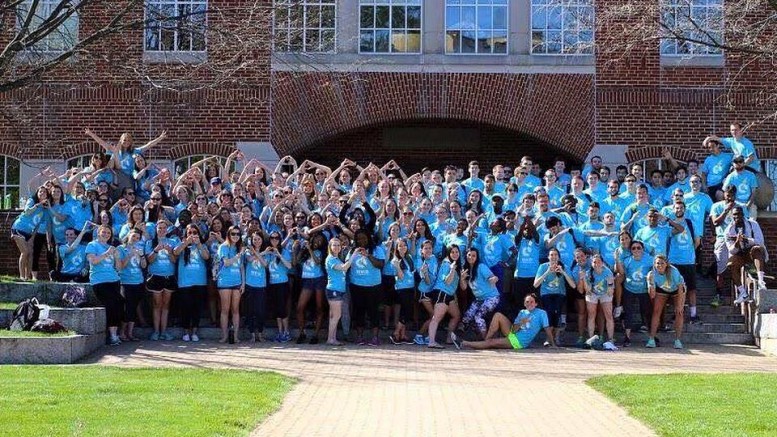 Reportedly, over 50 percent of all McDaniel Greek life are upperclassmen.

Fraternities find themselves overpopulated with senior class members and sororities are taking the hit with their overwhelming numbers coming from the junior class.

19 of Phi Mu’s 32 members are juniors and seven seniors will be graduating at the end of the semester. Phi Alpha Mu has similar numbers with 14 juniors and eight seniors, and only 26 overall.

The Sigma Alpha Epsilon fraternity will be graduating 11 of their 21 brothers in mere months.

Phi Alpha Mu’s President Sanjile McLeod has a simple solution to the dwindling numbers: “sign up for recruitment.” Her Vice President, Alex Tolle, agrees and recommends that if you don’t know how it all works, talk to someone in Greek life and find out more before you rule it out.

“You’re building friendships but you’re also building yourself as a woman,” Tolle says of sorority sisterhood.

Ryan Grant, Vice President of Sigma Alpha Epsilon has a similar take as Tolle’s, saying that going Greek gives everyone a strong bond of friendship.

Sydney Palmer, President, and Madison Bodnar, Philanthropy Chair and Membership Director, of Phi Mu say that the earlier you go Greek, the more leadership opportunities it opens up for you.

Despite the positive statements all of these members have, each of their organizations are in dire need of new members before entire chapters start to graduate.

For sororities, the issue starts with recruitment.

“Getting people to sign up is a problem,” says Bodnar. “We’re seeing the lowest numbers in years.”

Lowest or not, the Office of Student Engagement’s goal of 70 potential new members had only just made it through the mid-50s as of Friday. Sign-ups close midday Thursday, hours before rounds start. Luckily, about 40 of those already signed up are first-year students, the perfect candidates to help flush out aging rosters.

With the high number of underclassmen signed up, Lukas Miedreich, Assistant Director of Student Engagement, who heads Greek life on campus, is confident that sororities should be at the same size next fall as they were in 2016. One solution he offers is for sororities to focus on offering bids to underclassmen.

Phi Mu inducted 10 new members last fall, most of whom were juniors. Miedreich stresses that this only adds to the numbers issue. Phi Alpha Mu followed similar practices.

Grant, of Sigma Alpha Epsilon, understands the need to induct younger members, but thinks he knows why most pledges have been juniors the last few semesters. He sees many first-years entering college with an exact plan in mind for their four years and many take a few semesters to figure out what the school actually has to offer and what they actually want to do.

He also understands that there is a very prevalent stigma surrounding Greek organizations.

Palmer and Bodnar agree with Grant and understand why many are hesitant to give it a chance. “The school has a very strict no hazing policy,” Bodnar stresses.

Still, even the thought of going through recruitment is enough to deter some.

Others in the Greek community think that the $10 recruitment fee for formal sorority recruitment is what’s caused the recent dwindling numbers. The fee, which covers software systems and t-shirt costs, was first introduced for formal recruitment in the spring of 2016.

“When I joined, it was completely free, and that was pretty much the only reason I and a bunch of other people went through, because it was free and we just wanted to see what it was like,” says one Greek member.

The sister, who wishes to remain anonymous, thinks that the $10 is to blame for the low recruitment numbers, emphasizing the fact that no one is guaranteed sisterhood when they sign up so it could all be for nothing.

“We think it’s the $10 fee,” Palmer and Bodnar both say. They think a reasonable solution would be to have the sororities cover the costs of operating recruitment and have the costs built in as part of their dues. They think it would be a nice way of allowing absolutely anyone to try it out and a way to show recruits that the sororities really do want them to join.

Miedreich and the Office of Student Engagement see the $10 as a way for people to show that they’re committed to the process.

Now, the college pays $100 per sorority and $2 for each potential new member, plus the additional cost for t-shirts. Together, sororities could easily cover the cost with even a slight raise in dues.

McLeod and Tolle both think that recruitment numbers depend on the classes.

“These particular classes that are coming in don’t seem interested in it,” says Tolle, “We’re in a rut right now.”

Rut indeed. Sorority recruitment was scheduled to begin on Wednesday night but has been pushed back to Thursday and cut down to four days instead of five. Many speculate it’s because of the already-low recruitment numbers.

To their credit, McLeod and Tolle both think that Student Engagement has been great about trying to advertise. “You could always have more,” she adds.

To help boost recruitment numbers, sororities did a “dorm storm” on Monday in a collective effort to get more people to sign up. This and other school-sponsored events are some of the many ways that the college helps sororities with recruitment.

With only informal recruitment to rely on, fraternities must do their own work to find those who might be interested in joining. There are three or four sponsored events, but they only do so much, and certainly not as much as sorority recruitment rounds.

“The big part is individual organizations have to make sure people know what they stand for, say ‘this is why you should go Greek and this is why you should go Greek with us,'” says Grant. He thinks that many Greeks didn’t want to go Greek but they tried it out and now realize what it’s really about. He stresses that the involvement is as strenuous as you make it. Tolle agrees, citing the multiple theater productions she took part in last fall and how accommodating her sisters were with her busy schedule.

No matter whose fault the low recruitment numbers are, both Student Engagement and individual Greek organizations are in a bind to fill out their recruitment goals by Thursday and to reshape the numbers game that many fraternities are facing this spring and that sororities will next spring.