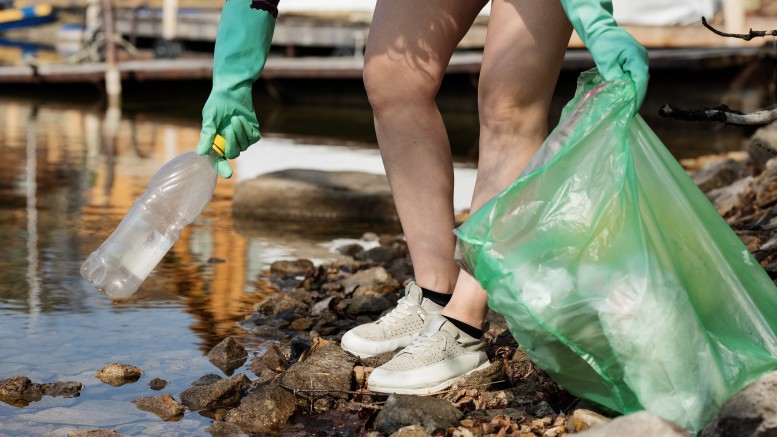 Unfortunately, the Chesapeake Bay is full of chemical pollutants, as well as plastic waste. (Photo courtesy of Pixabay user nastya_gepp).

The little things are often overlooked. That’s just human nature, but in the case of water pollution there is no denying the fact that every little action that is commonly disregarded contributes to it. For the last 50 years, the Chesapeake Bay has been a victim to the inhabitants of Delaware, Maryland, New York, Pennsylvania, West Virginia, Virginia, and Washington D.C. All of these states have secondary bodies of water in direct correlation. Pollutants end up in storm drains, wastewater, or directly dumped into those rivers or lakes that lead to the bay. Within that time, The Chesapeake Bay Foundation, a non-profit organization dedicated to restoring the bay to its former glory, has been actively pushing for stricter laws and accountability as well as funding for their clean up efforts, but that’s not enough.

Half the battle is to prevent any further damage from being done. The other half is undoing the damage that has already been done. “But how?” one may ask. There have already been numerous attempts to do so, with mixed results. It’s not simply taking some nets and filters, but it’s also not about coming up with some new innovative ideas; it’s about perfecting what is currently available. When it comes to the treatment of wastewater, the purification process is done through nanotechnology. Not the type of nanotech you would see in sci-fi films such as “Infinity War;” rather, as the name suggests, it’s on the small scale. This type of technology works similar to that of carbonating water, only it’s “micro-bubbles.” These micro-bubbles capture the impurities and are then attracted through positive and negative ion fields, essentially acting as a magnet, floating them to the top, allowing biofilters to easily remove them.

Altered use of available technology has been used successfully by Peruvian-Japanese scientist Marino Morikawa. He spent his childhood fishing in the Cascajo Wetlands (El Cascajo). After receiving his PhD in bio-industrial science, Morikawa would go on to do research in Japan. Following his 20-year absence from El Cascajo, he returned home after hearing about its contamination, which reduced it to “an oxidation pond.” With six months of research and perfection, he utilized “the nanotechnology used in the wastewater treatment, in the wetland and the natural habitat.” In just four months the lake had been fully transformed, bringing back the wildlife of migratory birds and ten different fish species in the process.

The Chesapeake Bay Foundation is aware of this type of nanotechnology as it has been in use for a considerable amount of time. However, the reason more people are not on board with this is “because it’s expensive and very hard, but not impossible.” The Chesapeake Bay Foundation has been fighting for a cleaner bay for over 50 years, and yet this process only took ten months. If more people were aware and could contribute to the funding it could easily get this plan in motion, for not only the Chesapeake Bay, but for 40 percent of the world’s rivers and lakes.

Spring is calling, and so are the birds: the Great Backyard Bird Count at McDaniel