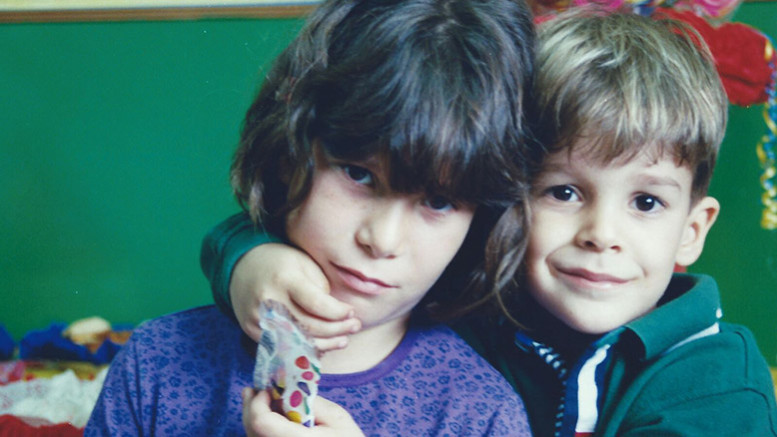 I am afraid, and I am not alone. Millions of immigrants in the United States are worried about whether they will have a future here, or if they will have to start all over again in another foreign country.

Do not say that these people can just “go back to where they came from,” because news flash, we can’t. Most immigrants move because they have no other choice. They do not have a bright future where they come from.

Do you truly think that people just move to a completely different country, leave their family and culture behind, and start from zero just for fun? No, and do not pull out any “alternative facts” to prove me wrong. I can’t tell the story of all immigrants—theirs is not my narrative to tell—but I can tell my own. 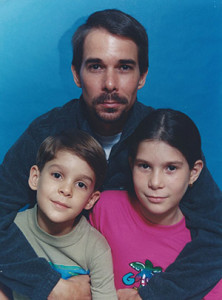 I come from Venezuela, a beautiful country. I recommend going once everything calms down, which it won’t. That’s why I am here. In 1998, Hugo Chavez came to power, and within years an already crumbling country was demolished.

People fought for their rights, people fought against corruption, but the people were suppressed. My parents fought, they protested. During these protests they were tear gassed, shot at with rubber bullets; people we knew were arrested, police dogs were used, and fire hoses were deployed.

The company my parents worked for, PDVSA, a government-owned petroleum company, fired them in March 2003. Why? Because they did not vote for Chavez. My dad had to move to Kazakhstan to find a job in order to support my sister and I.

Don’t tell me he chose to move there and miss my sister and I growing up. My mom, sister, and I stayed in Venezuela until 2005, then we fled. We were granted political asylum to the United States, and I had a light at the end of the tunnel; I had a future.

The night we left, the government was policing the major airports in order to ensure that people did not leave for good. Luckily for us, my mom’s uncle worked at the airport, saw us, and sneaked us through. So do not tell me we chose to leave our home for good, to leave our family and friends behind.

I still have family in Venezuela. My grandparents, cousins, uncles, and aunts are still there. Their struggles are becoming more and more prevalent with each passing day. In order to get the most basic of goods they have to get in lines to supermarkets at ungodly hours of the night, and stay there for hours until the stores open, only to find out that they do not have toilet paper, deodorant, shampoo, and any other necessities you can think of. 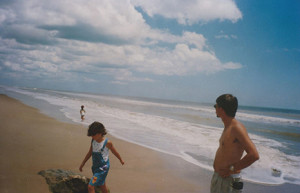 There is a black market for toilet paper – do not tell me that my family and I have a chance of going back and living safely. When my mom goes to the store here, she sometimes buys for two families, why? Because it is cheaper and safer to send deodorant, toilet paper, and non perishables from here to their home than it is to buy it there.

Unfortunately, this is just the beginning of it all. Venezuela is hitting unprecedented levels of hyperinflation, violent crime is at an all-time high too. According to the Mirror, eight of the 50 most dangerous cities in the world are in Venezuela, one of which is my hometown of Maracaibo.

When you see your hometown, the streets where you and your friends played in, where you went to school, called one of the most dangerous cities in the world, it is heartbreaking. Millions of Venezuelans pulled the short straw: they are still stuck there, with no bright future ahead of them.

I miss home, my real home, more than ever, but I push on. This country has welcomed my family and I with open arms and there is nothing I can do to repay the kindness that people here have shown us. We came with nothing, absolutely nothing aside from a few bags and the clothes on our backs. 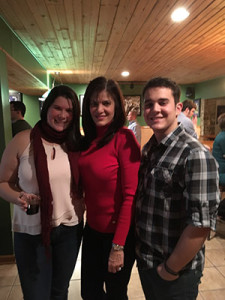 Now I am in college, I have a computer, running water, I can go into any store here and buy what I need without waiting for hours. I have been lucky. I became a citizen Feb. 1, 2012, but this is still only my adoptive country, I am still Venezuelan through and through. This is my story, only one of millions around the world, and one of the few that truly has a happy ending. The United States has been key to that happy ending.

There are immigrants and refugees that have fled war and terrorism. They need protection, they need a future, and this country can provide that future. We cannot prevent people fleeing for their lives from coming here – that is against the values of this country.

Yes, this country has had a dark past—no country is perfect—but we learn, and we make progress. Slowly but surely, we progress. Trump’s “Muslim ban” has prevented people fleeing a region that was destabilized by the United States, and the “Wall” is meant to prevent people fleeing drug wars in Central America from coming here.

This is ludicrous and sickening. These people are fleeing for their lives, for their futures. Why would you deny future leaders entry to this country? Because you’re afraid that they will take your jobs? In that case, education is the issue and you should fix the public education system.

You’re afraid that they will go around and kill citizens? According to Euro news, Islamic terrorists kill nine Americans a year, but armed toddlers kill 21. Why are we not banning toddlers? Your arguments are built on ignorance, fear, and racism.

There is no logical and moral reason to strike down on immigration like that. No, I am not advocating open borders—that will cause as many issues as it will solve—I am advocating for futures. I have said this before and will say it again: I have been lucky. We cannot deny others that same luck and call this country “great.” If you truly want to “Make America Great,” then you need to address the actual issues in the country, not find a scapegoat to blame them on.