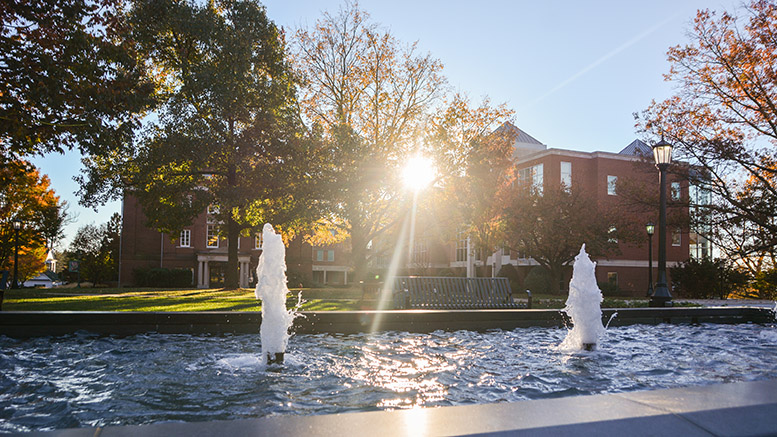 With the recent actions of President Donald Trump, a number of college students have become worried about the effects his policies and executive orders may have upon their institutions. While many issues have become flashpoints, a movement has started specifically in response to the Trump administration’s promises regarding undocumented immigrants and Muslims. This movement has advocated for their campuses to become “sanctuary campuses,” in a similar vein to the sanctuary cities movement of the past few decades.

At campuses ranging from small liberal arts institutions such as Swarthmore and Wesleyan to Trump’s own Ivy League alma mater, the University of Pennsylvania, college administrations have pledged support for the movement. Meanwhile, over a hundred other American campuses have seen petitions and demonstrations in favor of the designation. Currently, one such petition is under consideration at McDaniel College.

However, what defines such a campus is still a topic of debate, and is being shaped by both the requests of students and the decisions of administrators.

The general consensus is that a sanctuary campus pledges that it will not voluntarily allow for Immigration and Customs Enforcement (ICE) to conduct searches and raids on campus, instead mandating that they provide a warrant for doing so. Likewise, these campuses pledge not to make student documentation voluntarily available to the police, especially any documentation of immigrant status, along with taking a strong stance on immigrant status based discrimination on campus.

Beyond this general framework, there are a number of more specific requests being made at various campuses. For example, petitioners at Trinity College in Connecticut have stated that they are looking to establish a network of pro bono lawyers willing to assist any student facing legal issues due to their immigrant status.

While these measures extend to all immigrants on campus, they have a special meaning to those students who are currently enrolled and granted the ability to remain in the United States under the Deferred Action for Childhood Arrivals (DACA) Act, which President Barack Obama signed in 2012.

This act allows for many students who arrived in the United States as children and have completed high school to remain and, potentially, enroll in college in the United States. Donald Trump has stated that he will rescind DACA, putting the futures of these individuals in question. Many fear that this will lead to a singling our of DACA students by the new administration, giving further energy to the sanctuary campus movement.

The major question still in play, however, is the legality of the designation, and what the federal government may be able to do to institutions in retaliation for the move.

The answer to this question varies on a measure-by-measure basis. While the denial of access to student records without a warrant is firmly within the rights of colleges under the Fourth Amendment, the denial of access for ICE agents is much shakier. Indeed, many colleges have openly stated that, while they support the ideals behind sanctuary campuses, they are genuinely unsure whether they have the power to make such moves.

Furthermore, the Trump administration has already acted to cut federal funds to sanctuary cities, and could easily do the same to sanctuary campuses. Given the heavy reliance of even private colleges on federal funds, this could prove a deterrent against the movement.

But despite these hurdles and risks, the movement’s momentum seems to be continuing at a steady pace. At McDaniel College, a petition has begun to circulate calling on President Casey and the administration to declare the school a sanctuary.

“As a sanctuary campus, McDaniel’s on-campus police or Campus Safety will not team up with the federal government on deportation raids,” states the petition, “McDaniel College will not release the documentation status of students.”

The creator of the petition, Julia Elizabeth, is hopeful that McDaniel can become the next college in the movement.

“I definitely think it’s a tenable possibility. I think that overall as a whole campus, we tend to lean a little more toward the liberal side,” said Julia, “So I think it’s very plausible for this to be something that passes.”

She noted that she, like many other students, created the petition out of fear for the future of her fellow students, and in the hope of creating a safer environment for them on campus.

“I started the petition because of the outcomes of the recent election. I have a lot of friends that are African American, that are Muslim, that are Immigrants, that are LGBT, and the way that our president elect and the members that he is considering for cabinet positions, the way that they talk about these minority groups is just dangerous,” she said, “I didn’t want my school to be an environment that condones this kind of hate speech or these kinds of behaviors.”

While her petition is still in the early stages, she hopes that through word of mouth and assistance from other on campus groups, she can grow the movement into something that can make a legitimate change.

Other organizations on campus have likewise entertained the notion of creating a sanctuary campus, but none have made any steps beyond Elizabeth’s petition. It will be seen whether a larger movement develops on campus in the coming months.