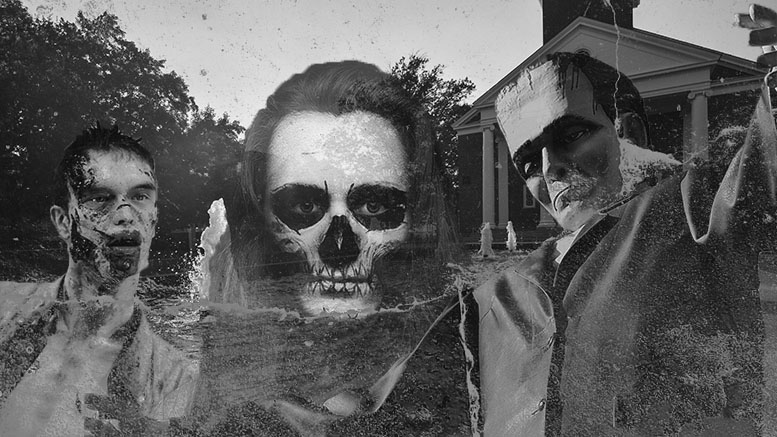 In a surprising move earlier this month, McDaniel College made the bold decision to begin allowing the undead to return to the classroom.

Because even dead people need a decent education.

People from all over the country, dead and alive alike, have been flocking to McDaniel, completely offsetting the lower enrollment statistics. This questionably wise move from McDaniel has led to a near-doubling of the freshman population. At the same time, administration has decided to lower tuition costs for all students due to the massive influx of money.

In a surprising twist, the college has also begun to grovel at the feet of former adjunct instructors; the unexpected rise in the student population has caused many classes to double in size, and waiting lists have become a thing of the past (mostly because they’re too crowded).

The dead rising has had a profound impact on the administration of McDaniel, but what about the students? Well, between running for our lives and warily watching our rotting compatriots, it hasn’t actually been that bad. Casualties are, shockingly, at an all-time minimum – not a single person has died so far. The closest call has been a sophomore getting a little too close to one of the undead and losing a finger or two.

“I think it’s a step in the right direction,” says sophomore Fario Mernandez. “Dead people just aren’t getting the education they used to, you know? As long as they can control their more primal urges, I don’t think it’ll be a problem with the students at all.”

The Wellness Center would like to remind all residents of McDaniel that, while granting immortality and the sponsorship of Satan himself, undeath is not a preferable method of living. If one is raised from their grave, they are strongly encouraged to seek counseling immediately.

Campus Safety, conversely, notes that all undead (specifically zombies and ghosts, though other manners of undead are encouraged as well) are prohibited from driving vehicles on the premises and must be kept within the secret dungeons beneath Roger Casey’s house a minimum of twelve hours per day.

Finally, the FBI would like to know just who began to raise the dead from their graves. Any information leading to the identification and capture of this individual will be rewarded with a fully-paid tuition and a full ride to a graduate school of their choice.

Thirty Years of Tears and Fears

Writer of the Week: Robert Jordan

Writer of the Week: Lucille Clifton