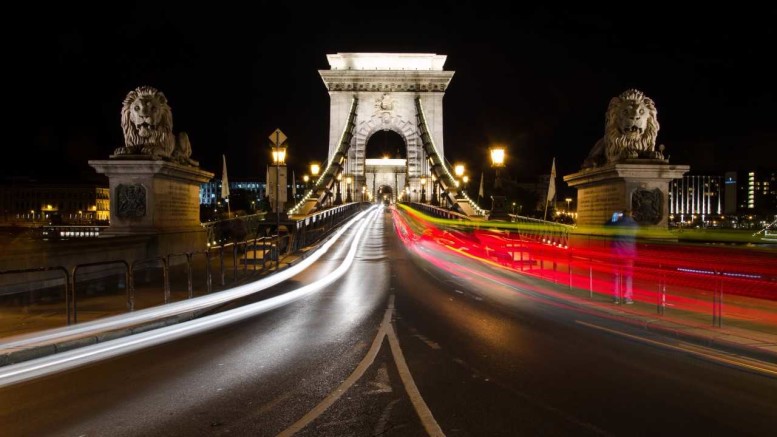 Currently, there are about 25 McDaniel students studying abroad in places like Hungary, Germany, France, and many more countries—and they’ve got the pictures to show for it.

Elizabeth Davis, the director of International and Off-Campus Programs, started the photo contest for this fall. “I help organize, oversee, and administer anything that has to do with going abroad,” said Davis. “I thought the photo contest would help promote the study abroad program visually and encourage people to participate in studying abroad.”

Zac Sheaffer, a student who studied abroad in Budapest last semester, entered two photos into the contest, one of the Swiss Alps and another of the “The Shoes on the Danube Promenade.”

“I selected this photo because I completed a video project on the memorial and it also became one of my favorite places in the city due its emotional power and historical importance,” said Sheaffer. “It commemorates the Hungarian Jews who were shot at this location by members of the Arrow Cross Party, Hungarian Nazis, in the winter of 1944-1945.”

Scheaffer added that he hopes more students take advantage of the opportunity to study abroad.

“[It was] an incredible and life-changing experience that I had during my time in Budapest,” he said.

Another participant, Daniel Smith, is currently abroad in Heidelberg, Germany. Smith is living in a single apartment owned by McDaniel that’s just outside the city. “I am enjoying living abroad and having the ability to travel a lot,” said Smith.

“My photo is at the Königssee at the Berchtesgaden National Park, located in Southern Bavaria. The mountains in the background are the border between Germany and Austria.”

Junior Erik Yanisko, winner of the best nature photo, has been taking photos for a good portion of his life. He took a photography class in high school, and has learned a lot from his mother who has done freelance photography.

“This spot caught my eye because the Chain Bridge is an iconic spot in Budapest, so I wanted to capture that, and I had been experimenting with long exposure photos,” Yanisko said. “I just figured that I could combine the two and it worked out pretty well.”

Though not all entrants could win, they still took with them the study abroad experiences that will impact them for a lifetime.

Check out the McDaniel College Study Abroad page on Facebook to see all of the photo entries. 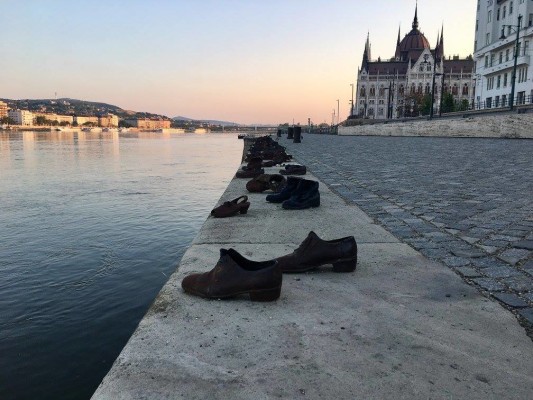 The Shoes on the Danube Promenade. Photo courtesy of Zac Sheaffer.