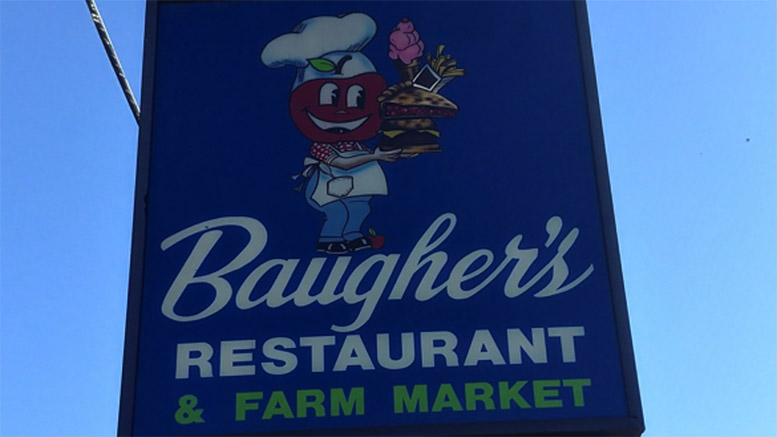 Over a century ago in 1904, Daniel Baugher founded the Baugher family orchard. Then, his family depended on the farm as their main source of food and income. Over the next decades, the farm would survive through the Great Depression and World War II — not only as the Baughers’ source of food, but for many of the families close by as well.

Although these times were trying for the family and their farm, it was times like these that established Baugher’s as the place to go.

“Our orchard had started in the early 1900s, as many farms had a few fruit trees to help feed their families,” said Dottie Dunn, one of several managers at Baugher’s.

“During the Depression years, many attempts at making some money were tried, along with growing and selling fresh fruit.  So as sales and interest expanded, so did the orchard and farm, and it has become the size it is today, out of demand and profitability.”

What started out as a 60-acre piece of land has been transformed into a 600-acre orchard, making it the second largest in Maryland.

“The restaurant was opened in January 1948, when customers at the fruit stand started asking for sandwiches and soup,” said Dunn.

Baugher’s Restaurant is still a favorite for the Westminster community — not only for their breakfast, but for lunch and dinner, too. Some fan favorites include their “Hungry Appleman Breakfast,” which comes with a generous serving of hotcakes and eggs, and their classic Baugher Burger.

“I love going to Baugher’s because I trust their products, I love supporting their business and I believe they have the best quality items for the best prices,” said Lauren Hunt, a shopper from Westminster. “Their farm has been around for as long as I can remember, and I have yet to be disappointed.”

Customers from Carroll County and beyond come to buy fruits, vegetables, honey, jelly and more. The Baugher name has become so well-known in Carroll County thanks to their reputation for top-notch customer service and products.

“Baugher’s has always been a great place to not only eat, but shop for produce as well,” said Gary Rowan, a regular Baugher’s shopper. “Many times, you can also find seasonal items such as pumpkins and Christmas trees.”

Over the years, Baugher’s has continued to grow, and its reputation has flourished. The customers have helped it prosper in more ways than one: in addition to simply buying produce, Baugher’s allows customers to experience the farm first-hand.

“The ‘Pick Your Own Fruit’ at our orchard began in the 1970s, from consumers wanting to experience ‘the farm’ and get the freshest possible fruit,” Dunn said. “It has become the primary part of agritourism on our farm.”

Baugher’s is now a dynasty in Maryland’s farming industry. Years of hard work have paid off for the Baugher family, and it looks like they will pay off for many more.