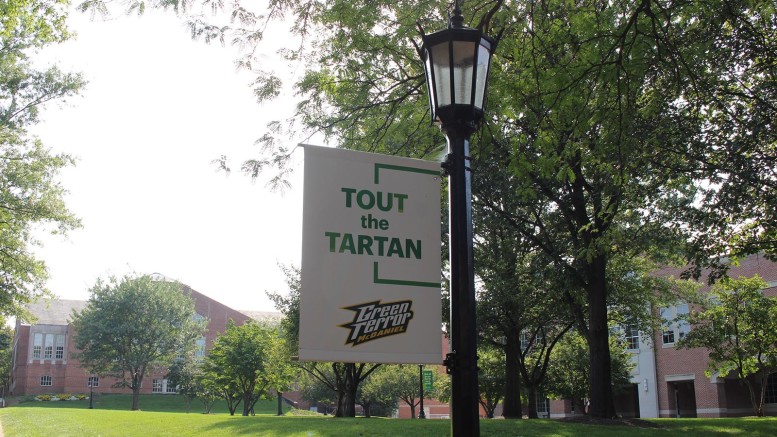 After months of reconstruction, SGA has released a new constitution which takes affect immediately.

The new document showcases the organization’s new mission statement, which highlights the importance of communication and transparency among all bodies at the College, as well as their aim to support the community.

“We’re keeping students up to date as much as possible,” said Vice President Kathalyn Urquizo of changes to their governing document. “I know that was a concern of students last year.”

Urquizo, a two-year member of SGA, has taken over the role of vice president this year. The executive board chose Urquizo while Jasmine Chavez-Cruz, vice president since fall of 2017, studies abroad this semester.

President Ashly Nsangou explained that they promoted Urquizo because of her status as a senior, and lack of ability to use the new position as leverage to run for another leadership role within SGA the next time elections take place.

“Everyone else on [the] executive board [are] underclassmen,” said Nsangou, “and they’re planning on running.”

New to their constitution are changes to Article VI: Elections, which now mandates elections to take place in the fall of every year, “no later than the last week of November.”

This is a drastic change for the SGA, which normally elects officers at the end of each spring to serve a term concurrent with the academic year, rather than the calendar year, which this system calls for.

“We haven’t outlined the process completely,” Nsangou said, “[but it will] definitely be campus-wide.”

For the past two election cycles, SGA has not allowed those not formally listed on their roster to vote for their own representatives.

At present, that would allow just 18 people to vote for the representatives of the entire student body, according to the SGA roster available on OrgSync.

The shift now allows for open elections, which SGA ran as recently as April 2016.

Elections will now also be ticketless, allowing students to run for president, vice president, and treasurer independently of one another, rather than a president-vice president single vote.

Nsangou assures that this renewed process will help new, incoming officers feel out their positions and have the opportunity to be coached by outgoing officers each spring.

“[We’re] in a transition phase to help create a new outlook and leadership team,” she said. “[We’re] offering options for people to shadow the current positions.”

According to their constitution, only members of SGA may run for the executive board positions, meaning the shadow program is only open to those with at least one year of membership, Urquizo said.

Two first-year representative positions are also available, which must be elected by the third week of September, according to their constitution. The openings were announced to groups at New Student Orientation last week, though no formal processes have been made public.