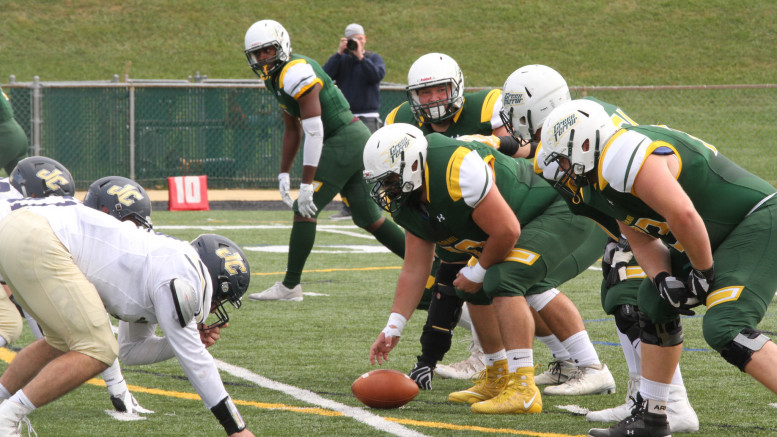 I am writing to advocate a two-year abolition of the football team.

With talk of academic priorities looming large this year, why not bring everything – including football – under consideration for a fair and honest review of what we’re putting in versus what we’re getting out?

Why would someone advocate the temporary halting of this time-honored tradition at the college, a program which inspired the name of our idiosyncratic mascot?

To start, the reasons for dumping the college’s perennially disappointing football team are nothing short of overwhelming.

Look at our college’s past 10 years of football alone and you’ll find consistent mediocrity. In their past 10 seasons, our football program has gone a depressing 26-82.

If you were given a multi-million-dollar stadium renovation, undisclosed amounts in scholarships, not to mention the support of thousands of fans year in and year out, you would expect better than a below .500 record, yet this is what McDaniel’s football program has gotten away with for far too long.

We are 14 years removed from a winning season and I bet “only 14” is a likely conclusion for many of the McDaniel faithful.

A flimsy argument usually offered by proponents of the team is that football helps bring in donations to the College. But donations do not necessarily offset the costs of running a program. When Hofstra University ditched their program in 2009 following a no-win season, they expected to be able to reallocate 4.5 million dollars towards scholarships and academic areas. Unfortunately, there is no knowing what McDaniel could save by losing its football team, owing to college administration’s refusal to make the budget available for student scrutiny, which is a massive transparency issue.

To those who might contend McDaniel’s football team is too closely linked with McDaniel’s past and losing it would be a blow to our collective culture here on the Hill: first let me say, as an academic institution, McDaniel has no business seeking to exploit the bodies and minds of students for the collective enjoyment of a network of alumni and others.

Second, there are other, less physically harmful sports around which Green Terror fans can rally. Lacrosse and soccer both present lively alternatives for the fall tailgating schedule and by pouring more of our collective energy into these sports instead of football, we might better improve our chances of competing for a championship.

I’m not yet advocating the total abandonment of football at McDaniel. However, a two-year break from the sport to appropriately realign McDaniel’s academic and athletic missions is sensible.

The Green Terror isn’t a symbol solely owned by the football team, but rather characterizes the spirit which McDaniel students carry with them throughout their time at school and into life after.

Editor’s note: opinions expressed in the Commentary section do not necessarily reflect the opinion of the Free Press or McDaniel College and are solely representative of their respective authors. All readers are encouraged to submit their own opinion. (This standard note was added after initial publication).