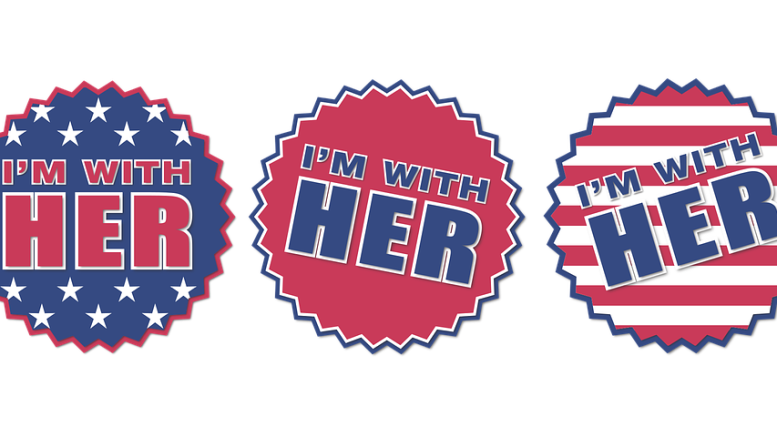 I’ve already sent my ballot in, as I hope most non-local college students have. I sent it in weeks ago, and I voted for Hillary Clinton for President. And I did so proudly and not as the lesser of two evils.

Hillary Clinton has the experience necessary to be President. She has dedicated her life to public service, fighting for the rights of those without a voice, specifically children and their families, from her early days as a lawyer to her tenure as a Senator for New York. She is a person who is willing to listen to others and, while she has undoubtedly made errors in her career, she apologizes for them and works to move past them. Her plans are not necessarily the drastic change that many wish to see, but rather reflect a more incremental approach, which, while not as flashy and exciting, is generally more effective and suffers from less backlash than abrupt change. She has actual plans to work to reform immigration, improve healthcare, work to make communities safer with gun control, and many other issues.

I voted for Hillary Clinton because I respect her. I respect her most for her tenacity. The double standard of coverage that has been so blatant in this election is astounding, and she absorbs it and continues to fight on with grace, and that is before the superfluous reopening of the investigation of her emails by the vague letter from director of the FBI. There are individuals in this race who cannot handle being impersonated on comedic shows, much less an unsupported reopening of a case that has already been beaten to death just 2 weeks before the election.

There are certainly areas in which I disagree with Hillary Clinton’s policies and past decisions. I have not always been so convinced that I would cast my vote for her. But it would be nearly impossible to find a candidate with whom I would agree on every single issue facing the United States today. I do not think that it is unreasonable to say that most Americans are not completely in favor of everything about a single party or candidate. These parties were built on coalitions and that is how they remain—they represent issues that multiple groups care about in an effort to get those issues to the forefront of political discussion. There are probably more efficient ways to organize politics, but the answer to not getting your way on every single issue is not to throw your hands in the air and refuse to vote. Deciding not to exercise your voice at the ballot box is about as effective as shooting oneself in the foot.

Last week, the McDaniel community had the incredible opportunity to hear the President of the NAACP speak. At one point, he spoke of the challenges the nation has faced in this election, specifically the way in which people are barred from voting. This is a major issue that should be addressed, but I see an equally powerful different problem affecting students every day. While there are those who continue to fight and die for the right to vote, there are students who take that right for granted and make no effort to be informed about policies that affect their livelihoods. I know of no greater disservice to those who fought for the right to vote than to throw your vote away because you do not like either candidate.

I realize that it is November and those of you who are going to request an absentee ballot have already done so. But there may be some out there who still have the opportunity to vote and may be persuaded to vote for Hillary Clinton. I encourage everyone to make one final push to get out the vote, exercise your rights, and stand proudly to say #I’mWithHer.